John & Janine Putnam from Thistle Hill Farm in North Pomfret VT. Producing 'Tarentaise' Vermont Alpine Cheese. An aged alpine raw milk cheese handmade on the Putnam family farm. The cheese is made in the tradition of the Savoie region of the French Alps Made from the certified organic milk of their grass-fed Jersey cows.

This young Vermont couple, after developing their jersey herd, went in search of the perfect cheese. One which would reflect their taste, the organic milk of their herd, and one which would show the quality of their work In the Savoie region of the French Alps. They found a style of cheese that seemed to most suit them and are currently making this mountain style 'Gruyere' in Vermont using traditional cultures and a new custom built copper cheese vat.

Below is the newly constructed dairy, ready to receive the wealth of the surrounding pastures. The efforts of their dream is shown here in the simplicity of this copper vat and stirrer. Janine has finished milking and the vat is filling for the days work while John is beginning preparation of his traditional starter culture. 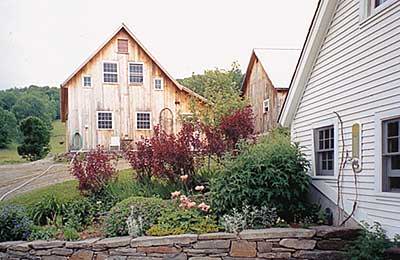 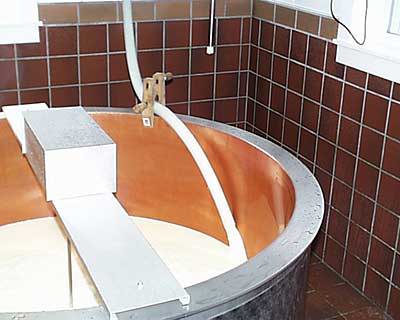 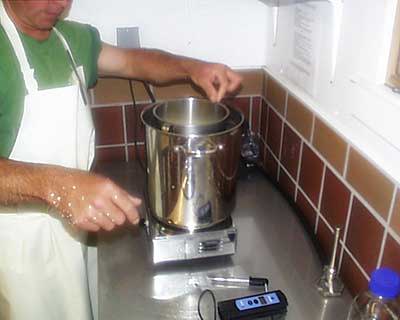 The culture has been added to the milk and ripened, followed by the rennet, we see here a simple test for signs of the first set. Once set, John will use the traditional harp to cut with. As the proper curd set is established, the cutting begins. 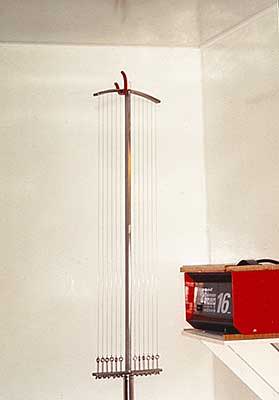 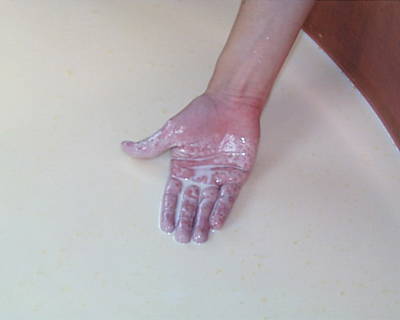 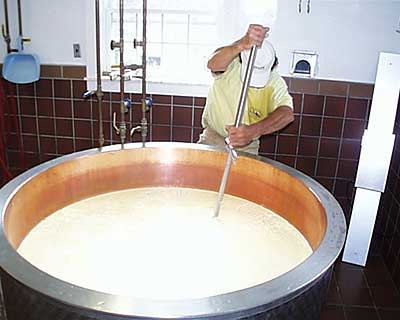 First a rough cut followed by the final cutting, which will reduce the curd to wheat grain size pieces. Now the curd must be stirred for a good while before the scald (cooking) begins. The scald will essentially dry the curd out. John is doing a simple texture test to determine the curd's condition. 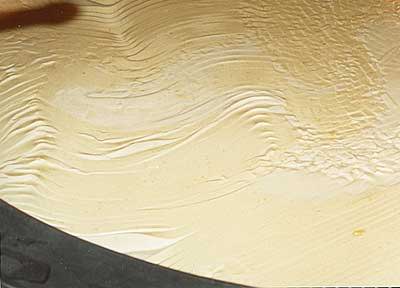 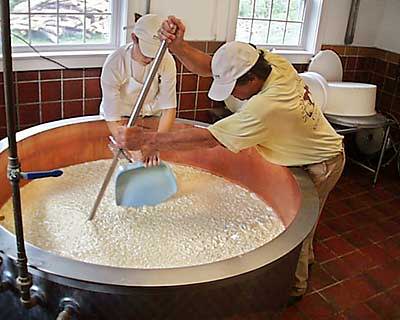 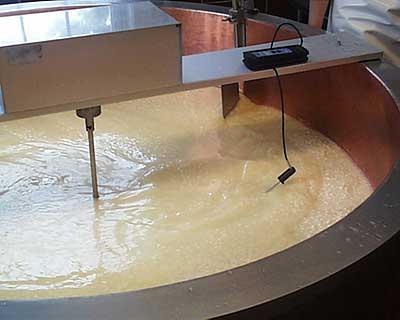 By now, with all of the heating and scalding, the room becomes very warm and humid. As the curd approaches readiness, John prepares the cloth and metal strip to retrieve it with 2 corners in his teeth
and the other side supported by the metal strip. John dives for the mass of curd, guiding the cloth along the bottom of the vat and pulling it forward he finds himself in a precarious balance, but quickly finds the wall for support. 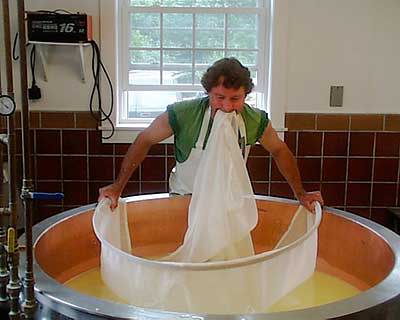 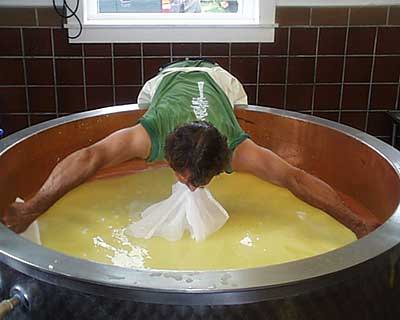 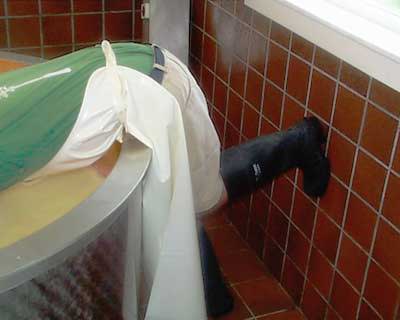 He has succeeded in capturing the curd, and now readies the cloth, but seeks a bit of help to remove the curd. Finally the curd is hoisted and trolleyed to the readied forms for pre pressing 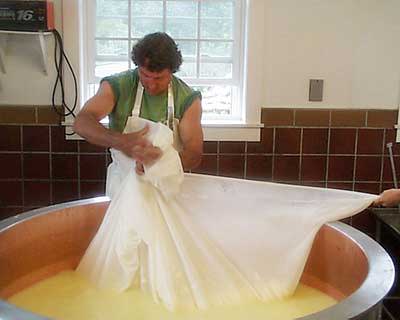 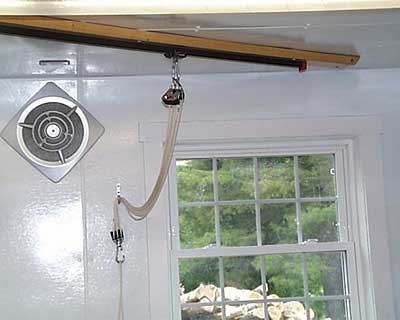 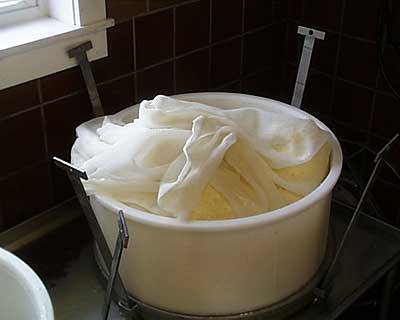 Here the tight texture of the cheese will be established. In a short while the forms are removed and the cheese is quartered, note the closed texture at this point. 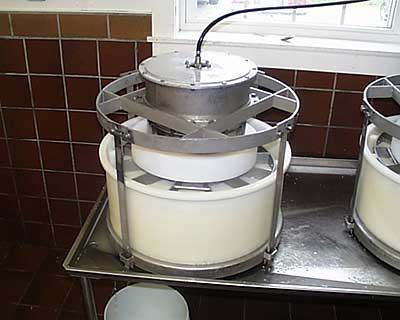 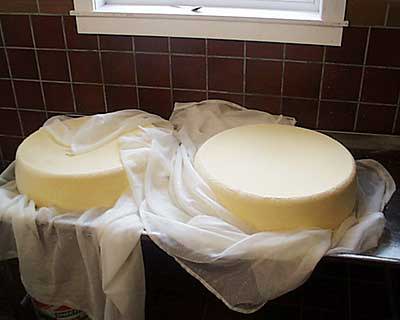 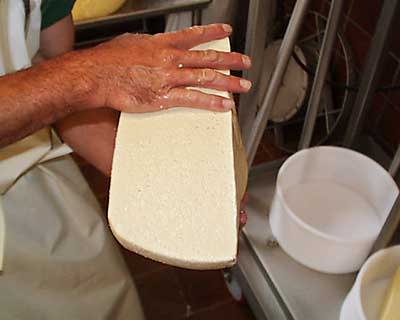 These quarters are then placed into smaller molds and readied for repress. Hydraulic pressure is now applied and in a short while for the basic shape of the cheese to be established. The third and final phase now involves the traditional molds as used in France. 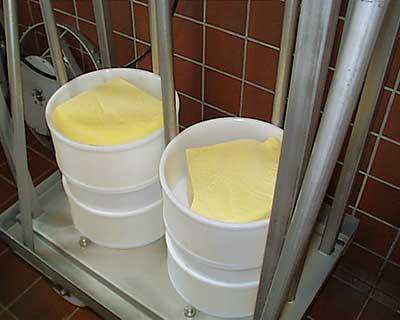 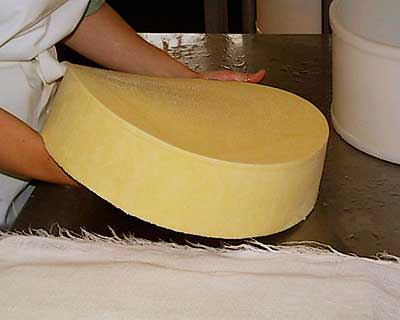 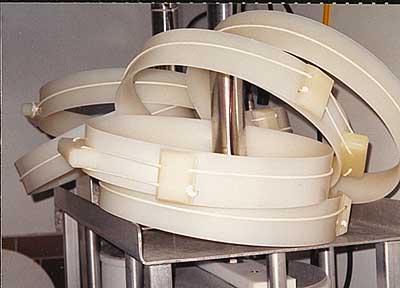 The curd is again wrapped in cloth and this loop tightened for final shape. Now the days work will be held
to retain heat and allow the final acid to be reached during the next several hours. The cheese will then be readied for salting and a long rest in the cave. 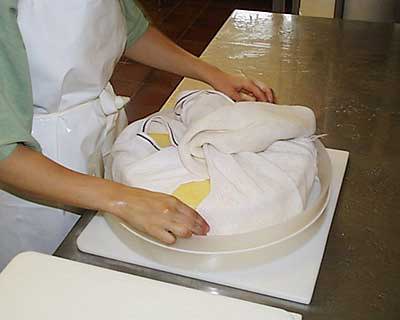 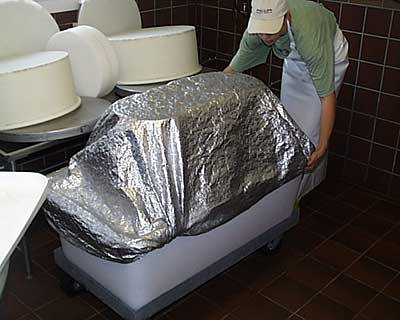 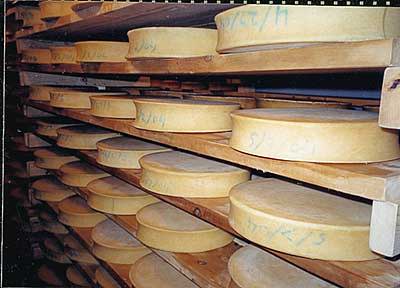