5 2 reviews
Print Recipe
Dry Curd Cottage Cheese is a great option for anyone who is lactose intolerant. When making this cheese the culture is allowed to produce as much lactic acid from the milk lactose (sugars) as it can and then the remaining curd is dried out to remove the lactose through a higher heat cooking process. Then the curd is washed in cold water to remove any residual lactose. In the end, little to no lactose is found in the finished cheese. This is truly a cheese like your grandmother might have made on the back of the wood stove and just as easy to make in todays kitchens with very few ingredients required.

This recipe will work well with store milk but fresh from the farm raw milk will give your finished cheese an extra layer of complexity.

Cheese for the Lactose Intolerant

I have been getting a lot of requests for this special cheese from many of our customers that have a definite need to remove lactose from their diets. Those of you already familiar with Dry Curd Cottage Cheese already know it by the shorter 'DCCC' designation.

This process had been quite available through retail stores until recently but today has become much more difficult to find. It has also been known as 'Bakers Cheese' in its bagged and compressed form as well as 'Farmers Cheese'.

Simply put, the process is one in which the culture is allowed to produce as much lactic acid from the milk lactose (sugars) as it can and then the remaining curd is dried out to remove the lactose through a higher heat cooking process.

Finally the curd is washed in cold water to remove the last of the residual lactose.

In the end, little to no lactose is found in the cheese.

Lactose intolerance is a fact for many cheese lovers. It is the inability of the body to break down the milk sugars (lactose) and prevents them from enjoying cheese. This is one of those genetic curses that may not show up earlier in life but when it does it produces varying amounts of digestive distress. It is due to the inability of the body to produce a specific enzyme to handle the milk lactose.

Lactose intolerance should not be confused with a true allergy to milk proteins (casein etc.), which is another problem altogether and not so easily remedied other than totally removing dairy from the diet in serious cases. 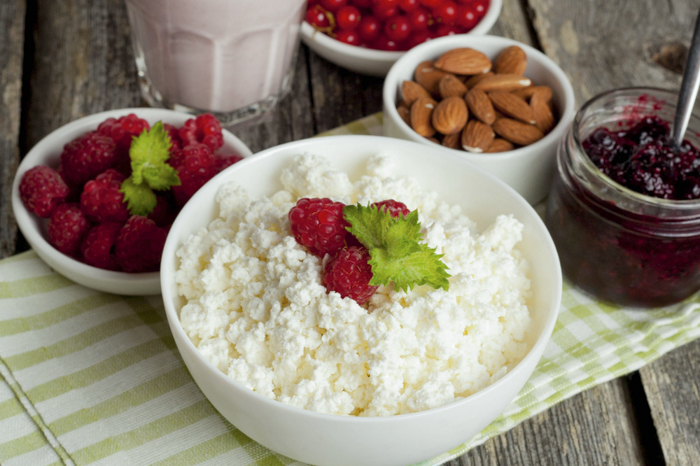 How the Process Works

In eastern Europe the dry curd cottage cheese has been a regular production item in dairies. In Russia it is called Tvorog and there they eat it at breakfast because it pairs well with jams, honey, and other fruit toppings. It is also used as a filling for desserts and savory pastries.

If you look at some of the technical backgrounds concerning the cottage cheese process you will find that it can be made at quite a range of production times varying from 5 hours to the 24 hours we are using for this one. The difference in time is a matter of production temperatures and amount of culture added to the milk. The longer process actually produces a slightly better flavor but in the commercial world, time is money.

For making the DCCC a culture of dairy bacteria begins working on milk, using the milk sugars (lactose) as their food source. In the process, the sugar begins to be converted from lactose to lactic acid. Normally this does not go to completion and some residual lactose is left in the cheese. The more moisture in the final cheese, the more of a problem the lactose can be. The high moisture is also one of the reasons why some cheese has such a short shelf life and must be consumed earlier.

All of that moisture includes lactose which can be a problem to the lactose intolerant and also can be a food source to unwanted and unhealthy bacteria.

The reasons that 'DCCC' works so well is due to this very specific 3 point program: 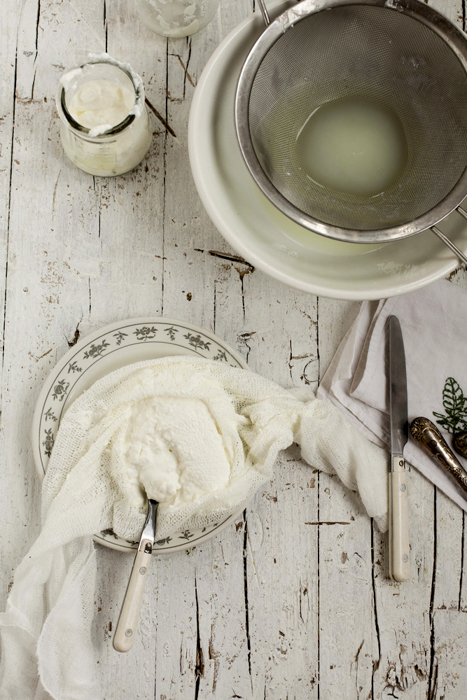 Many thanks for a clear and concise recipe. I live in the UK and France and when in France struggle to find cottage cheese. The French cheese Rians and uses animal rennet, so is not the same, therefore I was delighted to find a UK book about making cottage cheese. However, the UK book wasn't quite precise enough. Your recipe provides what I need. I have made skimmed milk and semi-skimmed cottage cheese in the UK and both have been super. I think I need a heavier vessel or a heat disperser for the cooking of the curds as my steel jam saucepan can catch if not watched. The semi skimmed provided a coarser texture than the skimmed, the latter I preferred, liking the silkiness. It costs as much in cash to make and more if you add your time. But now I have mastered my technique in the UK, I'm confident to be able to produce my own in France, rather than driving a long way to take a chance on it being on a supermarket shelf. Also I like to be sure it's microbial enzyme I'm using, not animal derived rennet. Thanks again.

I have always made a faster cottage cheese, and I wanted to try this one. I was hesitant due to how long it takes start to finish. The day before making this recipe I made a faster batch of cottage cheese from a different recipe. It was a hit. When I asked for taste testers for this recipe, I was told it was way better then the faster version. Give this a try you won't be disappointed.