This is a cheese I have been thinking about doing some research on for quite some time now. It is called Canestrato in Italy because of the beautiful reed baskets it was traditionally formed in.

I find variations made from ewes milk, goat, cow, as well as a mix of these milks. 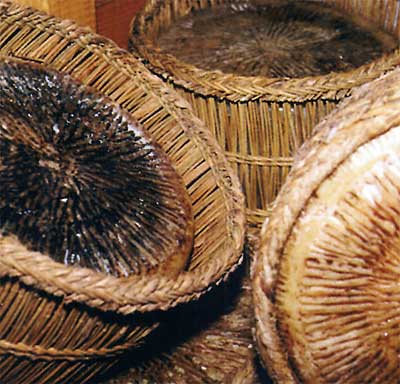 Sicilian Canestrato is a True Delicacy

On a recent trip to visit cheese makers in Sicily I realized quite soon that what I found in the local markets was not the international array of cheeses but primarily cheese being made in the mountains and valleys surrounding these markets. A perfect example of what many "Locavores" aspire to achieve but in Sicily has been the way of life for centuries now. The dominant cheese was the "Basket Cheese" made in the countryside from ewes milk but also from goat and cows milk in some areas. The farm I visited in the mountains east of Palermo had 600 ewes milked twice a day by the cheese maker and his 3 helpers. Believe me this is no small undertaking with 7 days a week, 365 days, year after year.

The name for these wonderful looking 'Canestrati' derives from the fact that they are made by being pressed into a 'Canestri' (Italian word for wicker basket) and the pattern, will show on the cheese itself.

The Sicilian Canestrato is a true delicacy, it is considered among the most valuable cheeses in the Italian casearia, or dairy, tradition. Canestrato cheese is traditionally produced by small farms that breed specific types of sheep and cows in order to confer to the cheese a particular and refined flavor.

The 'Pepato' variation with added peppers is quite spicy. 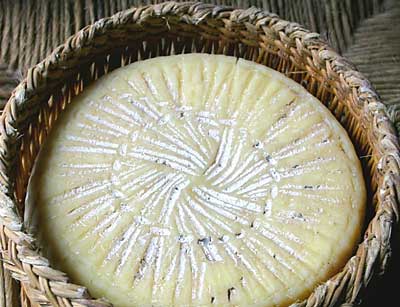 From ancient writings, there is evidence that this cheese goes back to the 10th century and perhaps further.

Historical documents bear witness to the fact that Sicilian Canestrato was also used as a precious form of payment for tenancy contracts.

Initially, it was made from the milk of goats and sheep, left in baskets, coagulated spontaneously, or the coagulation was induced by adding the sap from figs. They separated the denser parts that coagulated and acquired a certain consistency, from the whey. These remaining curds were the origins of the first cheese, also called giuncate (because the cheese was placed in a basket made of giunco or reeds). 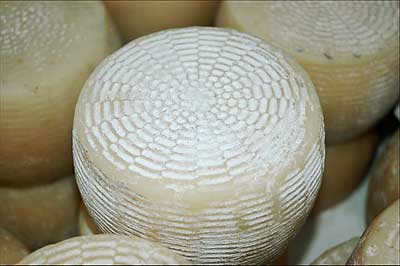 This cheese is not to be confused with the American-Italian version for making the Easter Pie. That is really a fresh cheese with little to no aging and a very mild flavor.

The Italian cheese is the basis for many other similar cheeses throughout Italy such as Pecorino Romano and Ragusano as well as many local variations throughout southern Italy, Sicily, and Sardinia.

Canestrato can be made from whole cow's milk, sometimes diluted with that of goats or sheep. It is quite similar to Pecorino, made with the same process, and there is a theory that Canestrato was developed to obtain a similar product while using cow's milk. Today there are similar versions made with cows milk as in the Ragusa area of southern Sicily. The term Canestrato seems to be used more with the cheese made from cows milk (Mucha) and the ewes milk cheese is Pecorino Siciliano (Pecora for sheep) but I have seen the ewes milk offered as simply Canestrato in Sicilian markets.

This cheese can be found or made as a young table cheese or a late ripening cheese with more character. 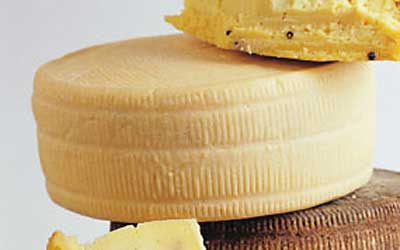 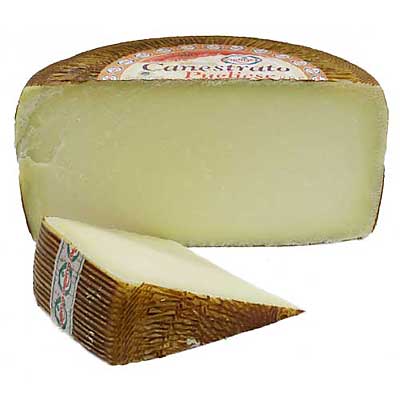 For years I have been in search of these beautiful baskets. I have pleaded with everyone having "La Nonna" connections for help but to no avail. During this visit to Sicily we traveled to visit a cheese maker in a small mountain village and after the mid morning cafe, I decided to visit the heart of the village, "the hardware store" which was really nothing but a small room jumbled with everything to "fix-it" plus everything to make the essential Italian food groups: wine, cheese, sausage, etc. There I found what I was looking for, two beautiful baskets made from local material by an elder in the village. Right besides them was the modern version made of plastic.

In the past an important trade was that practiced by the fiscellari, the craftsmen who wove reed baskets.

Notice the beautiful patterns of the basket and how there has been an effort to replicate this in the modern version. These baskets are sized to make a very convenient 3 gallon batch of milk into cheese. I really must say that I love the history and beauty of the craft as much as the cheese making. 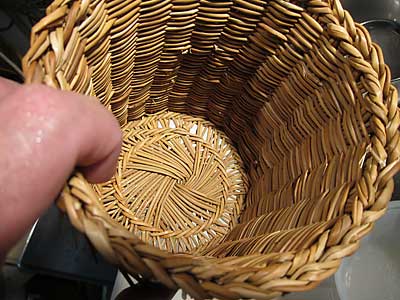 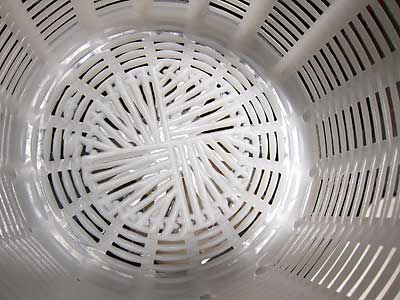