In the Auvergne of south central France I have found one of the most beautiful rugged sites in all of my travels.

Among the amazing foods found in the bountiful agrarian baskets of this region are four amazing cheeses that are seeped in history and tradition.

This month, I will focus on one of the oldest traditional cheeses in France produced in the Auvergne, the "Fourme d' Ambert." A very mild blue cheese with a history older than the Roquefort Cheese.

It should be noted that the Fourme Ambert should be considered a cheese to be made by advanced cheese makers, however the history and process should provide good reading for all cheese makers and a future goal to pursue as you develop your craft. 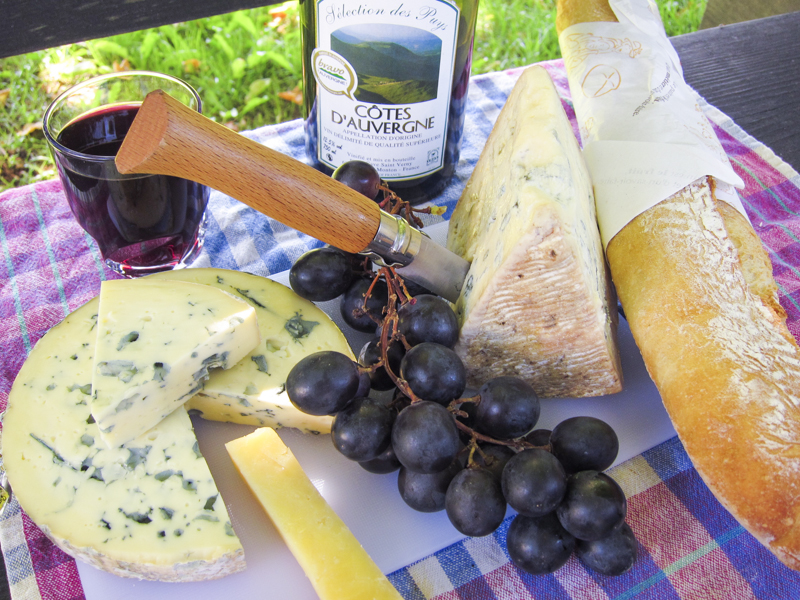 The Region of the Auvergne

The Auvergne is probably most well known for its rugged mountainous terrain, mostly formed by extinct volcanoes, and sometimes referred to as the 'Massif Central'. It was a home to Vercingetorix, King of the Arverni tribes (hence the name) and leader of the fierce Gallic resistance against Julius Caesar.

Until modern times, it was a major barrier to transport and communication, but with today's highways it has become accessible along the valleys. However, the higher regions still maintain their remote and rugged nature.

As described in the past in one of George Sands books:

"One of the loveliest spots on earth ... a country without roads, without guides, without any facilities for locomotion, where every discovery must be conquered at the price of danger or fatigue ... a soil cut up with deep ravines, crossed in every way by lofty walls of lava, and furrowed by numerous torrents."

The rugged landscape has been preserved largely by its limited accessibility, remoteness, and lack of arable land for extensive crops.

Today, industry and tourism have made few inroads here, and the people remain rural and taciturn, with an enduring sense of regional identity. Because of this, the region is known for its dairy and meats in the form of cheese and charcuterie. There's little arable land in the region, just thousands of acres of upland pasture, traditionally grazed by sheep brought up from the southern lowlands for the summer. Nowadays, cows far outnumber the sheep, some raised for beef and some still for the production of Auvergne's four great cheeses. 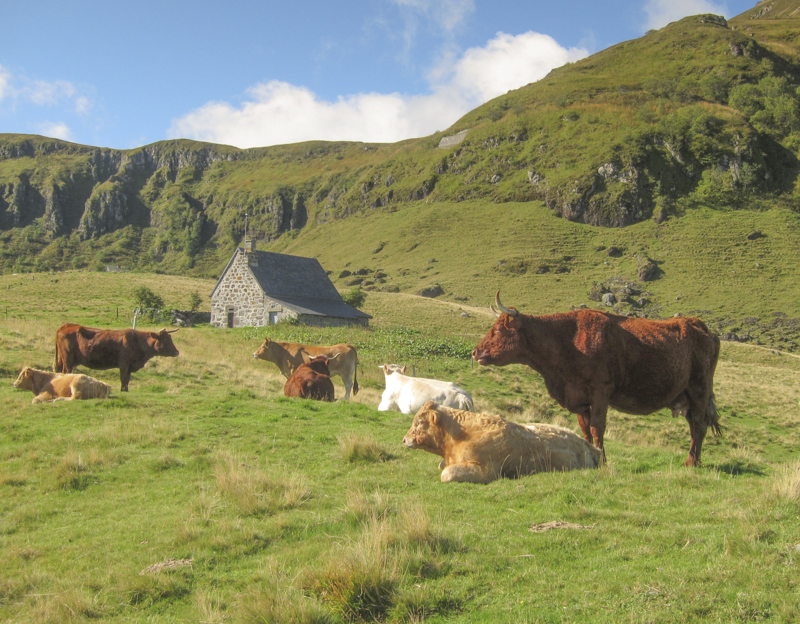 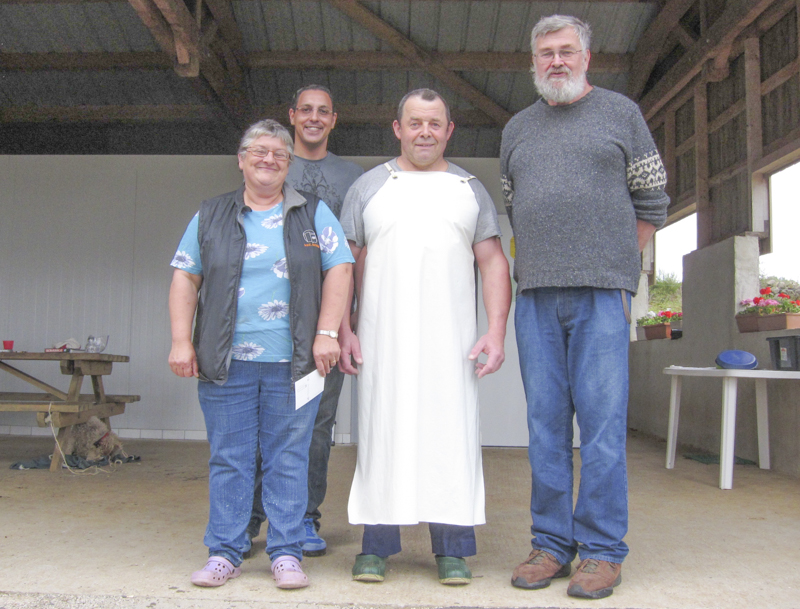 Fourme Ambert is a cheese produced in the eastern valleys of the Auvergne Mountains in south central France. "Fourme" is the old French word for cheese as taken from the Latin name "forma", and describes its cylindrical shape. It appears in an unusual format, being much taller than wide. In spite of this, they usually appear in shops as thin slices cut from the tall Fourmes.

Fourme d'Ambert is made from cows milk with about 25 liters of milk required for one cheese. The Fourmes are traditionally made from cows milk from the high pastures (called Chaumes) but today much is made in the larger modern dairies in the valleys with pasteurized milk.

Farm dairies (Fermier) had all but disappeared by early 2000, but today there are about 5 small farm producers making the traditional cheese with raw milk from their farm.

The cheese is made with medium moisture but the curds are dried out enough so that their surface is well firmed before compacting in the forms. This tends to produce tiny air spaces and channels internally to accommodate the growth of blue molds that were initially native to the area of production. The ripening time can be 3 months and longer as the mold develops. The aging and curing of the cheese character is developed by of moving the cheese through varying temperature conditions to support the internal process of the bacteria, molds and enzymes working on the fat and protein within.

The cheese can be found today labeled as Fourme Ambert or Fourme Montbrisson, depending on where they are produced as described below.

This is one of the oldest cheeses in France today as noted in the history below. 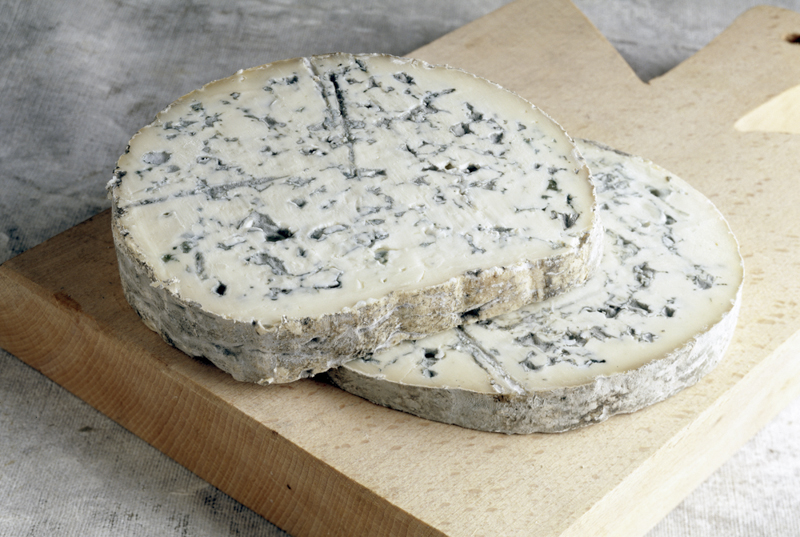 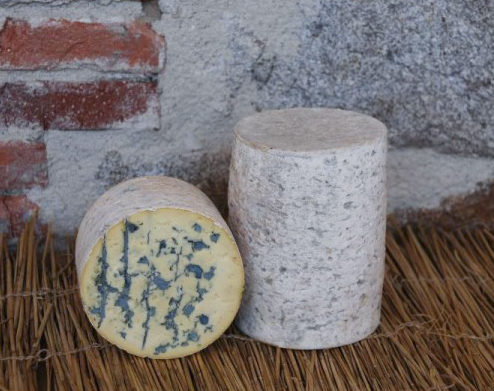 Legend says that Fourme d'Ambert was already made at the time of the Druids and the Gauls. The documented origin of Fourme (including both those from Ambert as well as Montbrisson) was noted in the early days of feudalism in the eighth or ninth century. Irrefutable evidence demonstrates that the Fourme was known and appreciated in the ninth century. At La Chaulme, we can still find 7 well-preserved carved stone sculptures depicting the agricultural bounty found at the front door of the feudal chapel. One of these unmistakably represents the ancient Fourmes produced.

The term Jasserie did not exist at the time. They spoke of the 'Loges/Lodges' (Loire side) or Cabins/Cabanes (Auvergne side). The lands were called "Jats". Life of the shepherd was controlled by many things regulating them such as the use of water or the dates of breeding herds. At that time, the practice of moving to and working on the summer pasture was the responsibility of the male. The famous cheeses made during the period of summer pastures on Hautes Chaumes (High Pastures) was formerly called 'Fromages de Roche' named after the village where they were sold or bartered. Wholesalers collected the Fourmes in village centers and they then distributed Montbrison among regional merchants. These cheese are today known by two names; Fourme de Montbrison for the side of the Loire Forez mountains; Fourme d'Ambert Auvergne for the side near Ambert.

The conditions of life and work of the Haute Chaumes of the Forez mountains were difficult both in the natural environment conditions and in the day to day living of the shepherds and cheese makers. Each Jasserie (the regional name for mountain pastures or Alpage) was the complement of a farm located lower in the valley. During the 5 months of summer pasture (Late May to Mid October), the entire herd was moved up onto the mountain meadows. This freed up the lower village farms to produce the hay needed for winter. A much needed hay during long, cold winters of this rugged region.

In this agro/pastoral mode of operation, tasks are distributed between men and women. The women (mothers and daughters) would move to the mountain pastures and make fourmes and butter. The men remained on the farm in the valley to take care of the fields.

In the early twentieth century, milk collection is organized. In 1905, the first small Coop dairy was built in the valley village of Chalmazel and with horse and cart, they would pick up the milk of a few farms. In 1928 and 1934, these were developed into more modern dairies. Of utmost consideration though, is that this was a time of rural exodus to the larger cities where factories provided better jobs. Eventually, the herds were found only on the High Chaumes, and this was the end of producing Fourmes in Jasserie.

As for Dairy Fourme, a great boom began due to modern dairy operations.

In 1945, a first decree legalizes the first definition of the cheese to assure their continuance and uphold the quality. Modified in 1948 and again in1953 to define the method of production and ripening. They allow three names Fourme de Montbrison , Fourme d'Ambert and Fourme de Pierre on High.

Since 1972, they have been designated as 'Fourme d'Ambert and Montbrison. " On 22 February 2002, two new decrees granting an AOC for each fourme and they become full-fledged protected cheeses. 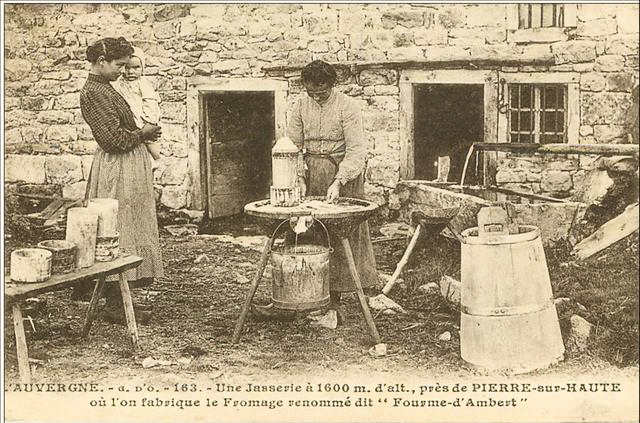 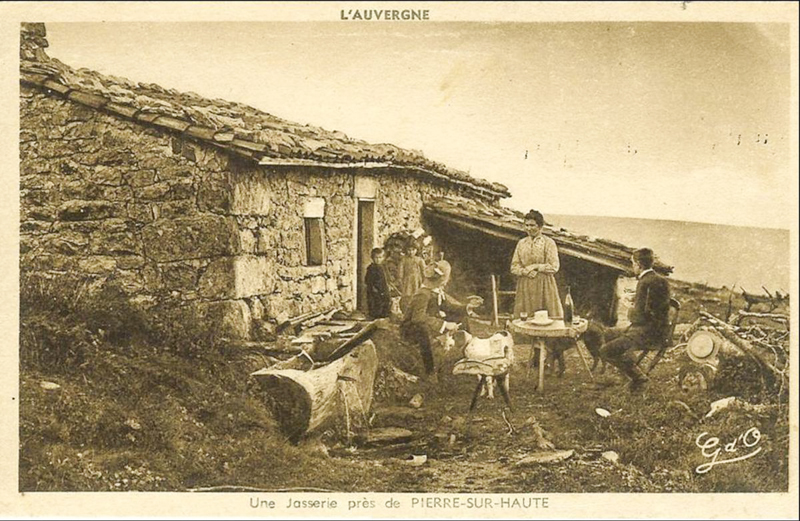 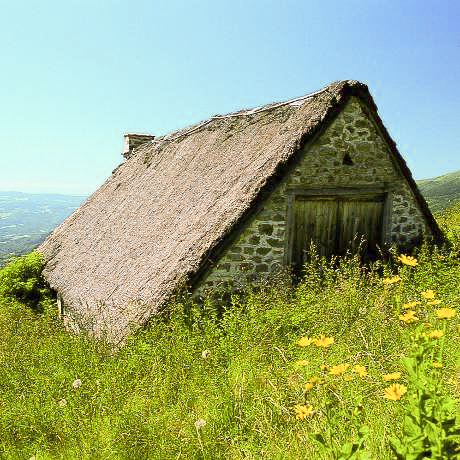 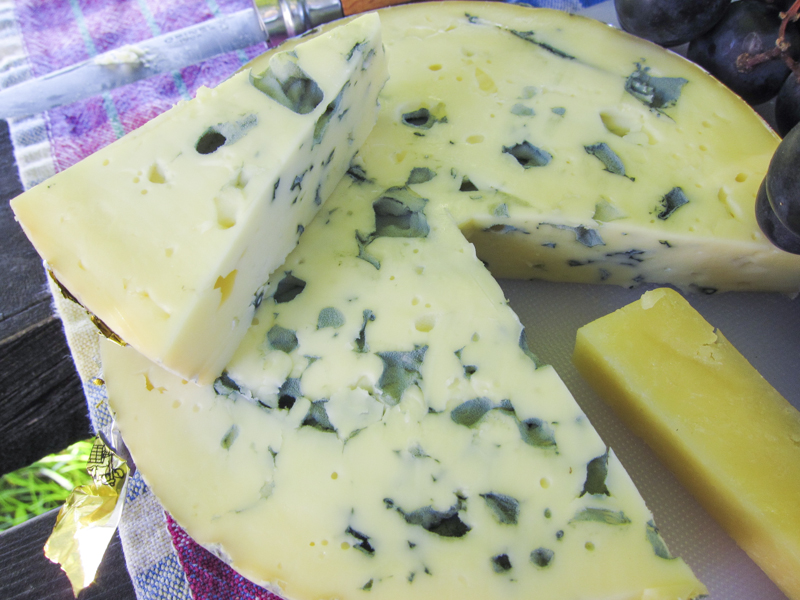 Dating back to the Roman occupation nearly 1,000 years ago, it is said that the Druids and the Gauls had developed the art of making this unique cheese and as might be expected some regional differences developed. In 2002, The Fourme de Ambert was separated from the Fourme de Montbrison.

The two cheeses had common roots but through time a few notable differences can be observed:

Note the differences between the two cheeses pictured here, the traditional Ambert and the more red Montbrison. 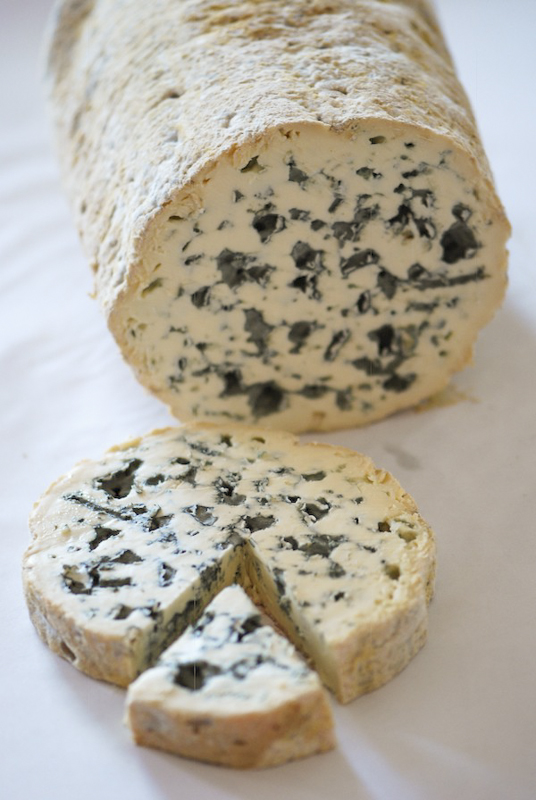 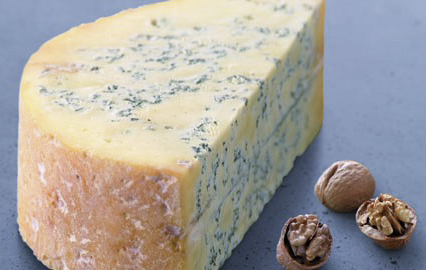