Herbs from the Garden

With this recipe we will focus on the herb garden and add a savory touch to our cheese.

One of the first herbs to come back every spring from under the snow is my sage, and since I have always been intrigued by the herb addition to the Derbyshire cheese, this is where I am going with this month's cheese. 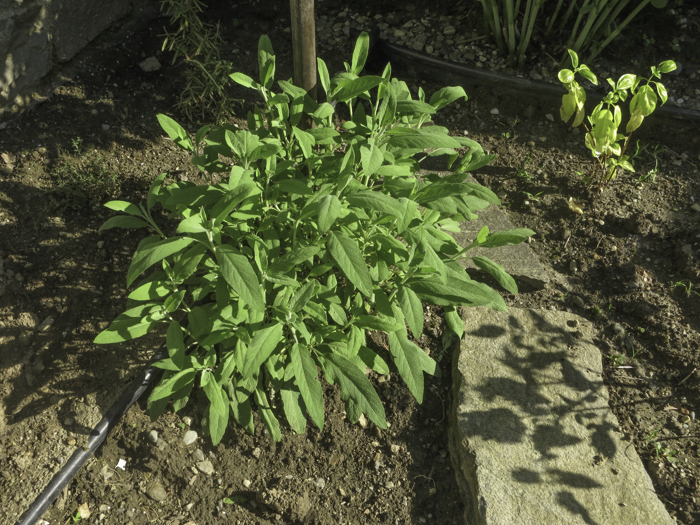 Derby is a traditional English style cheese from the rural county of Derbyshire, located smack in the middle of England, not surprisingly called the Midlands.

It's history goes back to at least the 17th century, as you can see by the notes below from the 1728 recipe. On special holidays, it was made with an addition of sage leaf, and often patterns of this sage flavored green cheese alternated with the plain cheese.

In many respects, Derby is similar to Cheddar, but has a softer body and slightly higher moisture content. When young, it is springy and mild but as it matures, subtle sweet flavors develop and the texture becomes firmer. 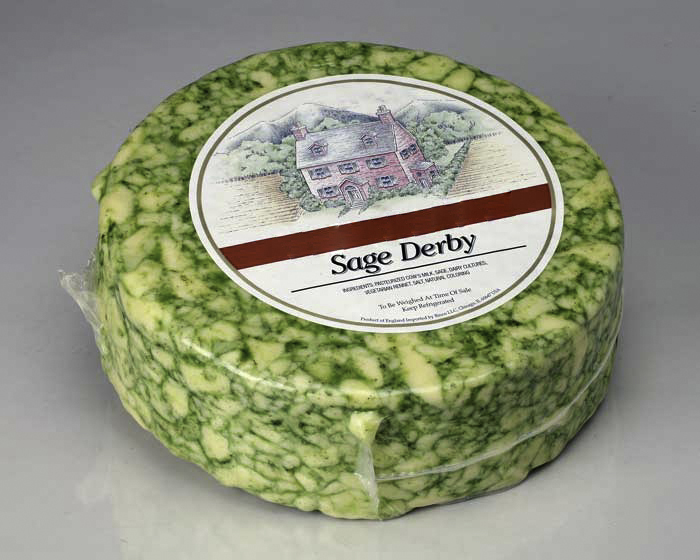 Derbyshire cheese can be made with just the sweet yellow curd or, as it was specially done for holiday,s with the addition of sage. Originally, the sage was added due to its reputation as being very healthful. The sage will add a wonderful green color and a savory flavor that goes well with the base cheese, but a balance in flavor needs to be maintained.

The green coloration can occur in several ways here: 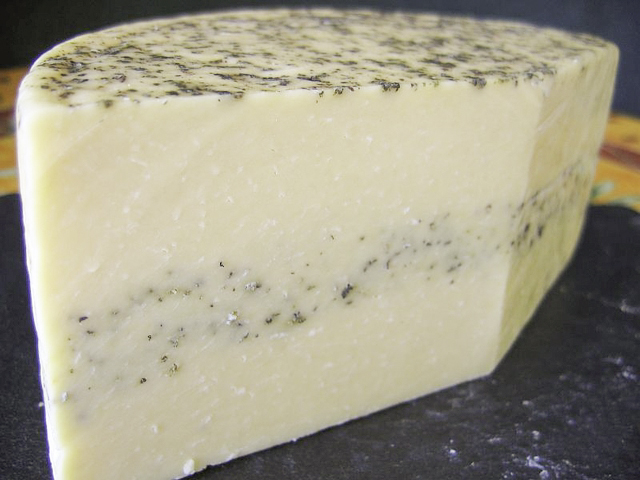 The following notes from a 1728 text explain the sage additions in detail.

To make a plain Sage-Cheese.

Gather the young Tops of red Sage, and bruise them in a Mortar till you can press the Juice from them; then take Leaves of Spinach or Spinage, and bruise them likewise, and press out the Juice to mix with the Sage Juice; for the Sage Juice of it self is not of a pleasant green Colour, and the Spinach Juice is added to it to render it more bright to the Sight; it also serves to take off the bitterness of the Sage. When this Juice is prepared, put your Rennet to the Milk, and, at the same time, mix as much of your Sage and Spinach Juice with it, as will give the Milk the green Colour you desire. If you would have it strong of the Sage, you must have the greater share of Sage Juice; or weaker of the Sage, the greater share of Spinach Juice. When the Curd is come, break the Curd gently, and when it is all equally broken, put it into the Vat or Cheese Mote, and press it gently: remember that the equal and due breaking of the Curd will keep your Cheese from having Hollows or Eyes in it, and the gentle pressing of Cheese will make it eat tender and mellow. This, as well as the Marygold Cheese, must be salted, when it has been press'd about eight Hours.

To make Sage-Cheese in Figures.

Those that are willing to have figur'd Cheeses, such Cheeses as are partly green and partly otherwise, must take the following method. Provide two Cheese Vats of the same bigness, and set your Milk in two different Vessels; one part with plain Rennet only, and the other with Rennet and Sage Juice, as directed in the above Receipt; make these as you would do two distinct Cheeses, and put them into the Presses at the same time. When each of these Cheeses has been prest half an hour, take them out and cut some square Pieces, or long Slips, quite out of the plain Cheese, and lay them by upon a Plate; then cut as many Pieces out of the Sage Cheese, of the same Size and Figure of those that were cut out of the plain Cheese, and presently put the pieces of the Sage Cheese into the holes that were cut in the plain Cheese, and the pieces cutout of the plain Cheese into the holes of the Sage Cheese, contriving to make them fit exactly: for this use some have Tin Plate, made into Figures of several Shapes (like a cookie cutter I think), with which they cut out the pieces of their Cheeses so exactly, that they fit without trouble. When this is done, return them to the Presses, and treat them like common Cheeses, so will you have one Cheese Sage, with white or plain Figures in it, and the other a white Cheese, with green Figures in it. In the making of these Cheeses you must particularly observe to break your Curd very equally, and press both your Cheeses as equally as possible before you cut out the Figures; for else when they come to be press'd for the last time, your Figures will press unequally and lose their Shapes. When these Cheeses are made, they must be frequently turn'd and shifted on the Shelf, and often rubb'd with a coarse Cloath. These Cheeses may be made about two Inches thick, for if they are thicker, it will be more difficult to make the Figures regular; these will be fit to eat in about eight Months. 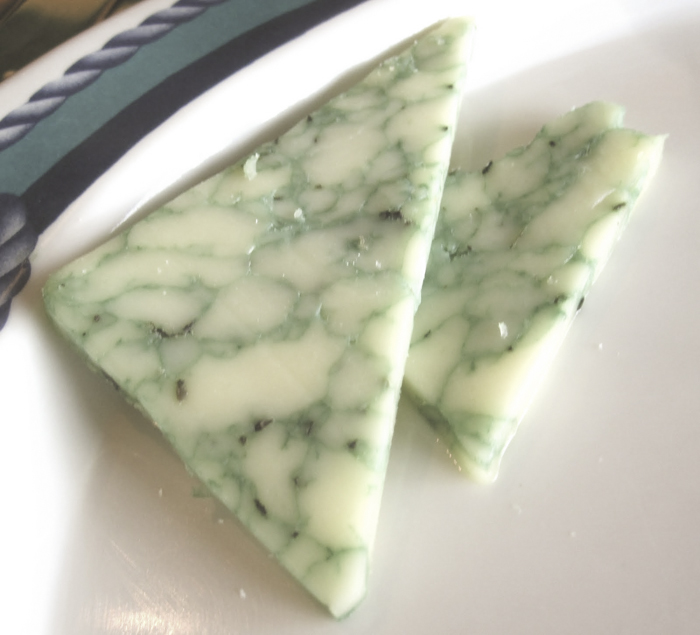