Beyond the "Common Gouda"

The common expectation for this cheese is a very mild creamy cheese coated in colorful wax. However, the truth is that it can be quite a remarkable cheese as it is made in "Noord" Holland as a "Boerenkaas" (literally a barn cheese) or as a well aged version with a caramel color and texture similar to a Parma. 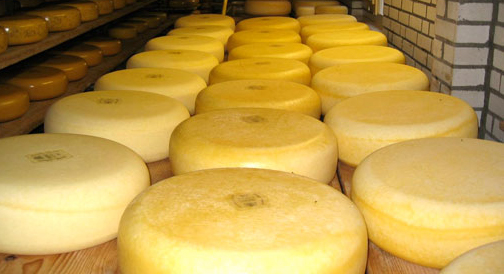 Gouda originated in the south of Holland in the town of the same name but is today produced by many countries around the world. The only name protection is "Noord-Hollandse Gouda" which is registered in the EU as a Protected Geographical Status. The north is currently the premium pasture land reclaimed from the sea and producing exceptional milk for this cheese.

In addition to the young, farm, and aged versions this cheese can be varied with smoke and spice additions such as nettle, pepper, mustard, clove, cumin, caraway, mixed spices and fenugreek. Today we also find some washed with beer and (although not a traditional Gouda) made with propionic cultures to create a sweeter cheese with holes similar to an Alpine cheese.

A similar cheese to Gouda is the Edam cheese made in Holland. It is made quite like the Gouda but with a lower fat milk.

The distinguishing characteristic of Gouda cheese is that it is a relatively sweet cheese. This is accomplished by removing some of the milk sugars early in the process to keep excess acid from being produced by the bacteria culture. Shortly after the milk has formed a curd and been cut, about 1/3 of the whey is removed and replaced with hot water to heat the curd.

The reason for this goes back to the days of the wooden vats in which the cheese was made. These vats could not be heated so hot water was added to increase the temperature of the curds and release more whey from the curds. 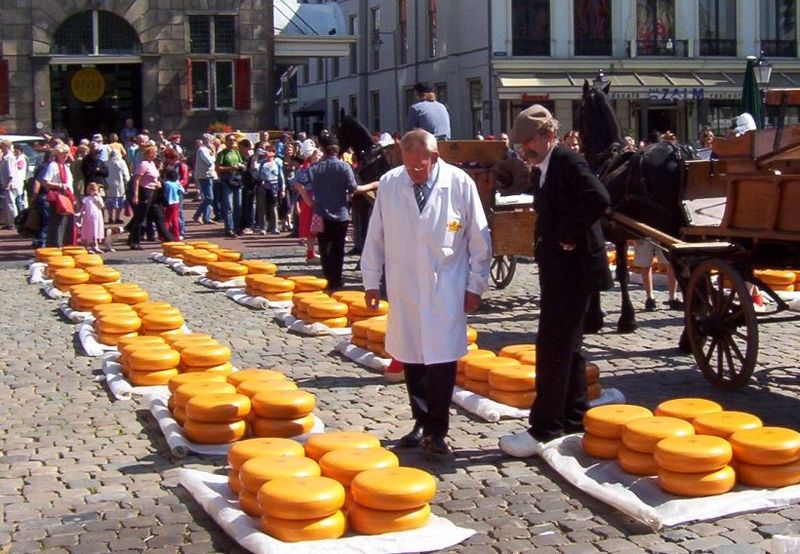 The Essentials of Making Gouda