The name as its pronounced, "Vasherin Aa-Bon-Danz", simply means "the cows milk cheese from the french valley of Abondance."

It's a pretty plain name for a very special cheese that is made in small quantities, after the cows come down off the high summer pastures and into the barns in the valley for the cold months ahead

A very special cheese that will be ready for the winter season. It's a cheese that ripens to an almost a spoon-able consistency, contained only by a strip of bark from the local alpine forest.

Made since the 1400s, the production of Vacherin Abondance had been reduced to a single producer in the valley. By 2005 it had ceased to be produced, until 2015, when a young man took it upon himself to bring it back.

The disappearance and reappearance of Vacherin d'Abondance

Where to Find Vacherin d'Abondance. I first became aware of this cheese back in the early 2000's, when we took 12 cheese makers on a tour of cheese making throughout France, and our friend Ali (who knew all things cheese in France), took us up into the Abondance valley.

I had already found the "DK French Cheese Book", and was fascinated by a pictorial essay on the last woman still making this Vacherin cheese in the valley of Abondance.

Her name was Célina Gagneux, who's family had been making this cheese in the valley for several generations, however, she was the last person who knew how to make it in the valley.

Bad news, Vacherin d'Abondance is no longer made. Unfortunately by 2005, I had heard from a friend in France that Mme Gagneux had reached the age of 73 and was no longer making it. That season there was none left in the shops for the winter holidays. "When I was a girl, there were 30 people or more who made this Vacherin in the valley. Now they've all died or stopped". Mme Gagneux, who was taught to make Vacherin d'Abondance by her mother-in-law 50 years ago, is resigned to taking its secrets to her grave. "My daughters don't want to do this because the work it is too hard. After me there won't be any more." Very sad news for the cheese loving world.

The main reason, other than her years and the hard work of making this, was that in 1992, new EU hygiene directives decreed that production of cheeses had to happen in a "proper" dairy. When directives came into force in 1995, the small producers said the new requirements would put them out of business. In later years however, a relaxed clarification of the directive, showed that traditional, raw-milk cheeses made by small producers were in fact exempt.

Great news, Vacherin d'Abondance has been reborn. However, even though good things end, as they occasionally do, the sun may rise again, like the Phoenix from the ashes.

In the past few years I have heard of a young man from the Abondance valley. His name is Samuel Girard-Despraulex, and although only 20 years old, he has become a cheese hero.

In 2014, as part of his internship in BTS Science and Food Techniques, Samuel embarked on his challenge of restoring the Vacherin cheese. By consulting with the country's living memories of recent producers, Régis and Huguette Grillet, and Célina Gagneux, he sought the knowledge he needed for this project.

Samuels milking cows are the Abondance breed, whey are distinctive by the characteristic white face and brown eye patches.

"I wanted to revive the production of the Vacherin because it is a historical cheese of the valley. My grandfather did it and it is important not to lose tradition. During my two years at BTS, I was apprenticed to the farm of Girard (where his father and cousins worked) and my project of study was to revive this cheese."

In November 2015, Samuel and his cousin, Daniel Girard, created an association around the Vacherin with fourteen farmers and support from the community of the valley of Abondance. "Our aim is to make the Vacherin known and to protect it. We also want it to be recognized by a quality label, PDO or PGI". 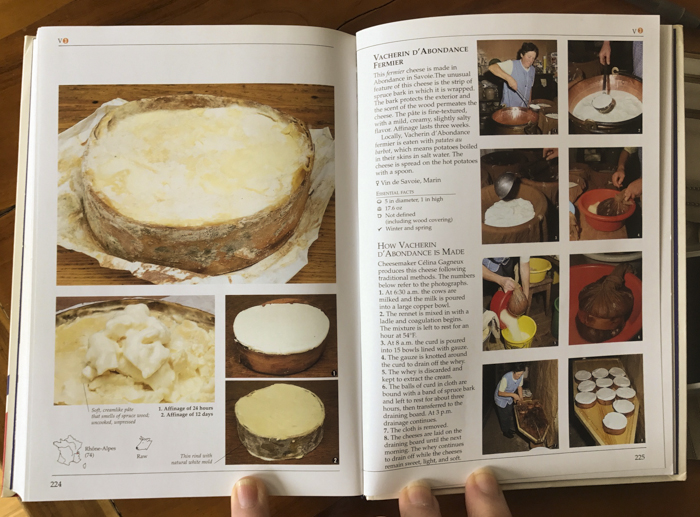 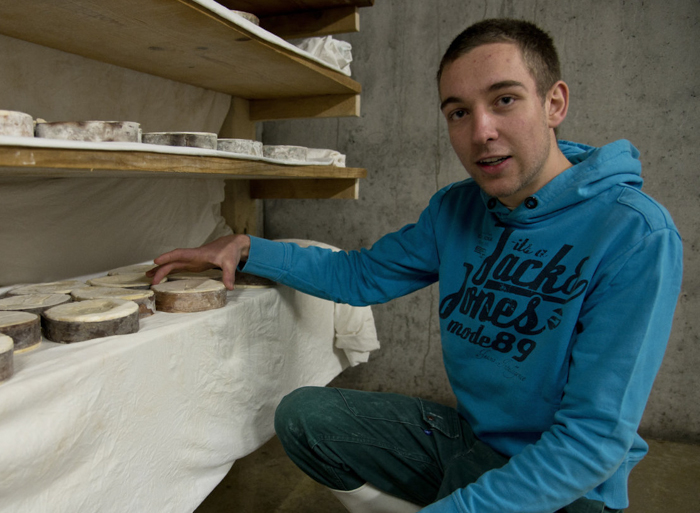 How Vacherin d'Abondance is Made

The process was mainly pure oral tradition, from valley to valley, from the Middle Ages (first traces in 1270 in the Valle d'Aosta).

Tucked into an Alpine valley close to the Swiss border, the French village of Abondance appears to have come straight from a postcard: steep-roofed chalets, a 12th-century abbey and a proud epicurean heritage.

In this part of the Alps, Vacherin was traditionally made only in the winter from November to March, when the cows - the beautiful, local Abondance breed, with rich, brown-red bodies and white faces - were kept conveniently in their sheds on the farm. In the summer, the animals are in the pastures high on the mountains.

This photo shows a herd of Abondance that I photographed, being taken back up to the summer pastures in the mountains of Savoie. Note the hefty bulk of these critters and the way traffic stops for them ... no honking of horns or screaming involved. Note the joy on the owners face as they move along the highway. Folks often get out of their vehicles and walk along with the herd ... Its their tradition and they show pride in it.

Just try running the herd down the main highway here and see what happens.

The cheese begins with milk going into the vat with traditionally no heating (temperature as it comes from the cows). Originally there was no culture added to the milk, only what was provided from the cows. Enough rennet was added to provide a curd within an hour or two. When ready it is ladled (not cut) into a draining cloth spread over a basin to collect the whey. Here it sits for another day as the culture works and whey is released. Periodically the cloth is tightened to consolidate the developing cheese. At this point the cheese is very soft and tender and to keep its shape needs to be restrained. For this a band made from the inner layer of local spruce bark (Epicea) is used to confine the spreading cheese into its final form. The cheese is next moved into a cellar where it is salted and put on wooden shelves to age for 20 days, during which time it's turned and washed every day with brine.

The cheese can be aged longer and when fully ripe the top is cut away and the creamy cheese can be scooped out with a spoon like a heavy fondue.

The final cheese is between 5-6" and a height of 1.5-2". Its weight varies from 3/4-1 pound. The characteristic of the Vacherin d'Abondance is to be molded with the help of spruce bark and this is what gives it the characteristic taste and aroma.

The ripened cheese has many cousins such as the Vacherin Mont d'Or to the north of Lake Geneva (Lac Leman) but because of the traditions of the valley of Abondance, the Vacherin d' Abondance was always the more sought after one. 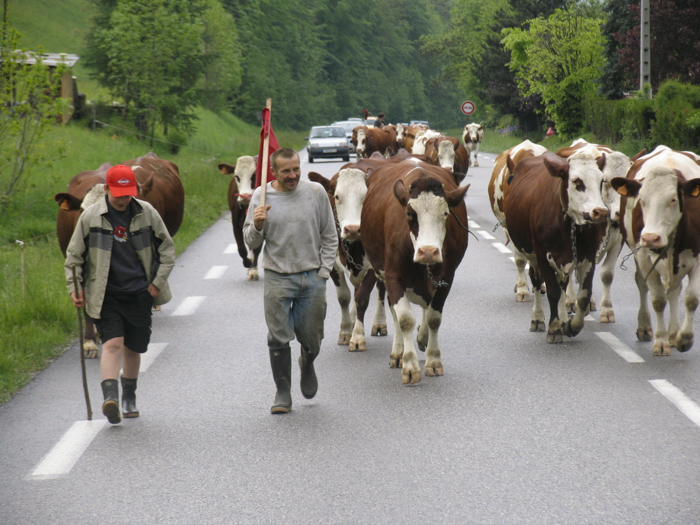 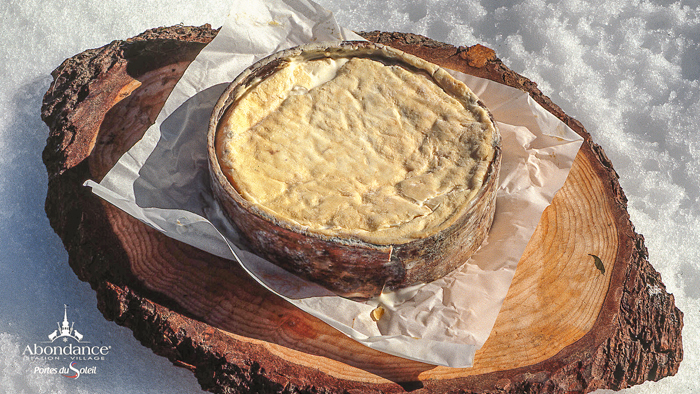