This is a cheese for not only the beginner cheese maker but for everyone that has access to good quality goat milk.

Many of our other recipes focus on lactic or acid produced cheese, which work so nicely with goat milk. Fresh, simple to make, and understandably everyones favorite.

This goat milk cheese recipe calls for rennet, the curds are cooked slightly, and then pressed with a little weight. This will make a cheese that ripens in a short amount of time and should be ready in 60 to 90 days.

This medium aging period is long enough to bring out the complexities of goats milk as the proteins undergo some fabulous changes during the ripening period. It's definitely worth the wait. 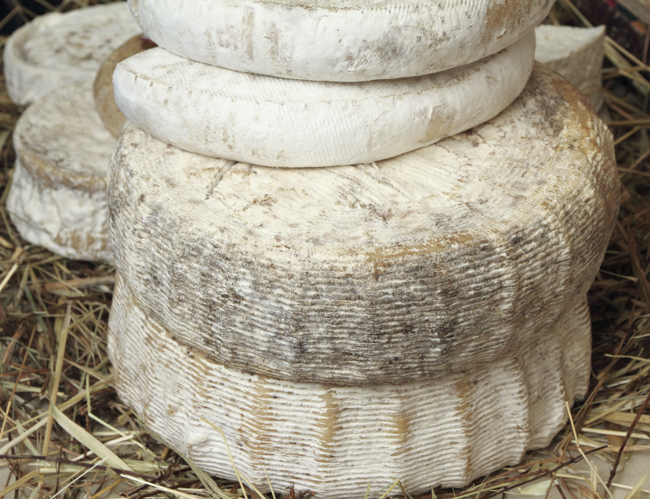 Traditionally these were village cheeses and sometimes just referred to by the name of the town or region in which they were made. They offer a true local character with an emphasis on what can only be produced on a particular piece of earth and its associated environs, true Terroir, and the real meaning of Artisan cheese making.

These are the perfect farm produced cheese because of their quick use of both milk and time in the cheese room plus the relatively short aging times. If you have ever hiked in the Alps and bought a local cheese, then you may have tasted something you have tasted. 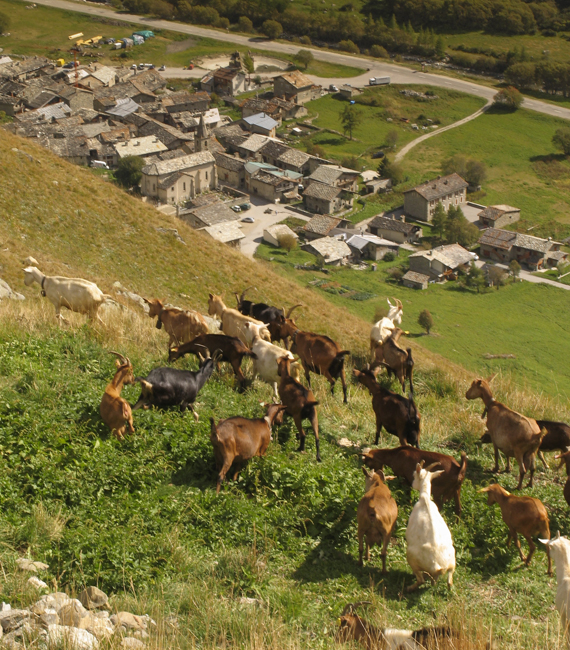 The History of Goats Milk Tomme

Centuries ago the dominant dairy herd were made up of a mix of goat and sheep and not so much the large bovine herds we see today. This was because people were much more nomadic then, either from seasonal movement between mountain pasture and valley or a need to constantly find new grazing lands. In arid countries even today the dominance is goat and sheep.

Remember the story of Heidi and the goat herds? This was most common in those days because the goats were so agile at movement. I am always amazed at the energy and ability of these animals to deal with rough terrain, they are very much adapted to the nomadic life.

In France and Spain as the Saracen populations entered France and Spain and moved north, their dairy herds were also goat and sheep and not cows. Both countries still have a large focus on goat dairy and cheese today.

It was not until the worlds growing population grew and became much more urban (and stationary), that the large cow herds became the dairy of choice. Fewer people lived on farms and no longer kept a cow or two. The milk then had to be supplied in larger quantities and so larger herds with greater yield became our common source for milk. These larger quantities of milk, longer holding times, and longer shipping distances made things like pasteurization come into place.

It was not until the 'back to the land' rural lifestyle became more popular in the 1960s that people began owning their own small herds again. Their choice of herd was often the goat because of their smaller size and less intimidating size. Any idea of how many goats you can fit in a car? or how difficult it is to move a grown cow if that is not what they want to do? You get the picture I think.

Another big push in favor of small goat herds came in the late 1980s when a few folks turned back to preserving all that milk. Ricki was a good case in point, thinking what a wonderful idea to get a cow and a few goats. Nice idea but pretty shortly she realized even with their two little girls and friends, it was way too much milk to drink before it spoiled. Hence their interest in cheese making began and the rest is history. As we have moved into the new century these small minifarm herds grew in numbers and the rebirth of artisan hand made cheese continues to grow, a lot of these being goat herds. 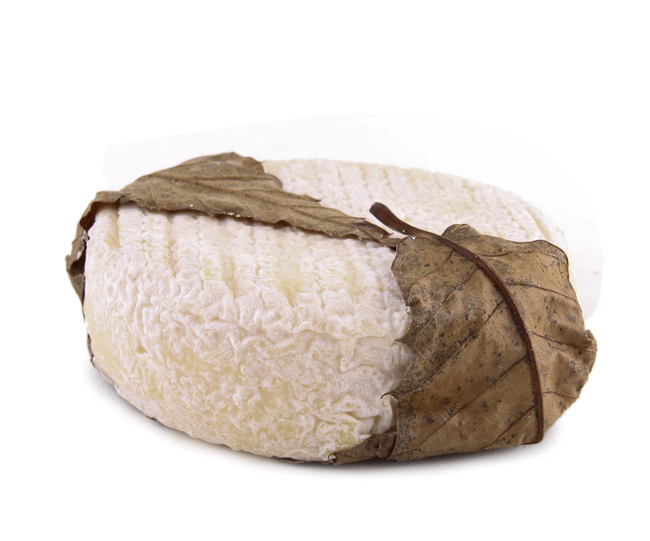 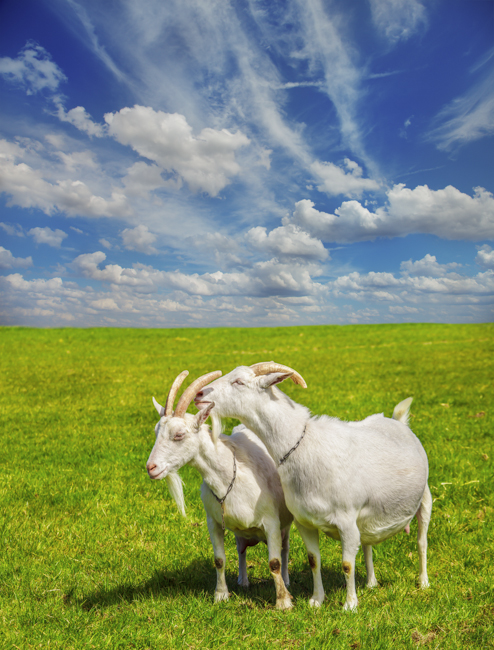 This is such a wonderful cheese due to the unique quality of goat milk. Its snow white appearance and the flavor and aroma of its individual components makes it quite suitable for the style.

The final cheese when ripe will have a very soft and giving texture under the thumb and once cut, it will show a very elastic texture that will easily bend rather than break like a cheddar. In the mouth it will also have a very smooth and creamy texture.

Goat milk will produce a very clean bright flavor as the various capric components break down during the aging process.

The aging is also very traditional. The rind is simply kept clean with a slight brushing, or in many cases the mold is just allowed to grow wildly (within reason) and then brushed just prior to selling. Yes, a very rustic presentation! What's not to like about a cheese like this. 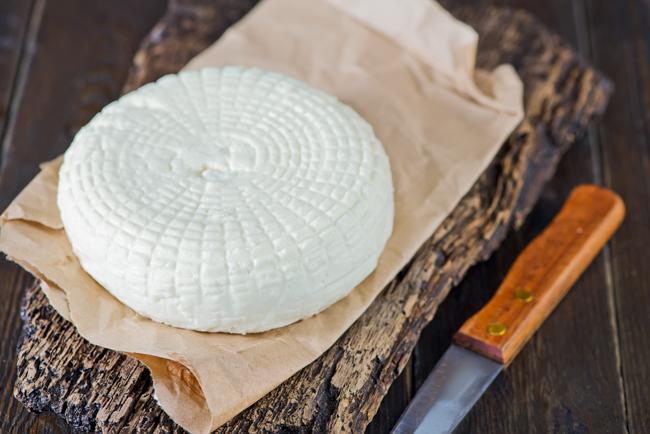