4.88 8 reviews
Print Recipe
This cheese making recipe combines beer and cheese together. The result is a flavorful cheese that everyone will love. It seems wine and cheese have been the magic combo at social gatherings forever, now it is time for a true pairing of beer and cheese.

Wow, Beer and Cheese in the Same Bite!

This is a great combo for the upcoming 'holidaze' and colder months ahead. Note: The photo on the left is one arranged and printed by my talented wife Robin! The cheeses are all from my cave here, and the beer is also brewed by the 'Tek Guy' himself that's me :-) .

It seems that wine and cheese have been the magic combo at social gatherings forever, but it now seems that the winning combo could just as well be beer and cheese.

For 'beer and cheese,' there has always been the famous 'ploughman's lunch' for the English farm worker. But, that was always of dubious quality with a piece of hard skimmed milk cheese and most likely a rather sour and weak beer with a crust of dry bread. Yum! 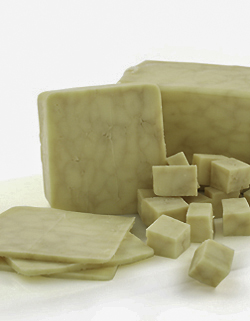 Recently, with the rise of craft brewing in America, the focus has become even stronger on pairing beer and cheese. One of the biggest promoters of this pairing has been Garret Oliver, of Brooklyn Brewing fame. He especially focuses on the similarities between beer and cheese, pointing to their common roots in the grass and grain fields. In tastings, he commonly points out the many similarities between malt in beer and the cheese flavors. 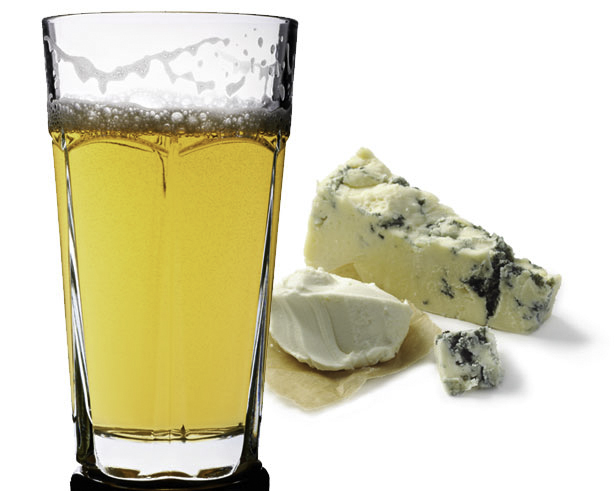 This relationship between beer and cheese is really not so new.

In the south of Belgium, and very near the French border, is the Chimay Abbey of Cistercian Monks , established in the 19th century and producing both beer and cheese for their upkeep. For over a hundred years they have been washing the surfaces of their cheese with the same beer they make in order to develop the perfect marriage between cheese and beer. The result is a rather 'aromatic' and yeasty rind. Quite often the descriptors' toasted grain and baked crackers are used to describe this cheese.

More recently, however, a cheese named Winnimere produced by the Kehler brothers at Jasper Hill Farms in northern Vermont just won best of show for the 2013 American Cheese Society ('THE' competition for artisan cheese in north America). This is a beautiful soft cheese held in place by a strip of spruce (you eat it with a spoon) and then washed with a special beer made by their neighbor and "rock star brewer," Shaun Hill.

Now for more beer flavor, another important process step (which is where I am going with this month's recipe) will provide even more visual drama as well as a more distinct beer flavor in the cheese. This important step is accomplished by preparing a moister curd and soaking the final individual curds in the beer before salting and molding the cheese. This not only gives a more distinct relationship between cheese and beer flavor/aroma but when using a darker beer, such as a dark stout, the color is very pronounced around each piece of curd and remains this way in the finished cheese. The result is a remarkable looking cheese, showing a very marbled effect when cut.

Probably the most vivid example is from Ireland .. Cahill's cheese, flavored with their own farm-made Irish Porter.

Many other beers such as aromatic Belgians, IPAs, and even darker Stouts can be used with different effects of flavor. 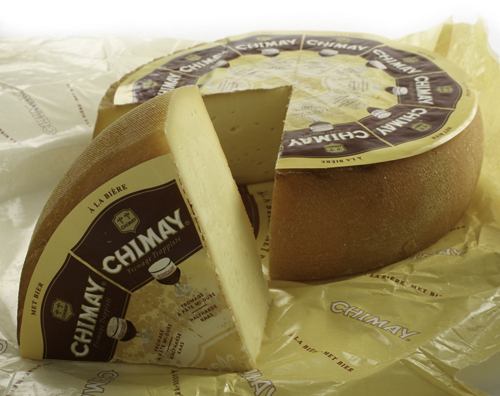 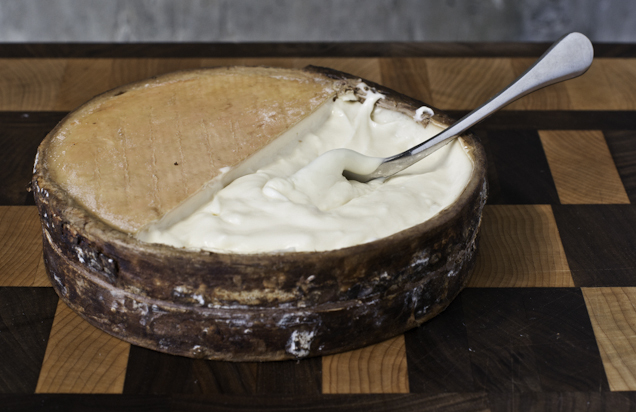 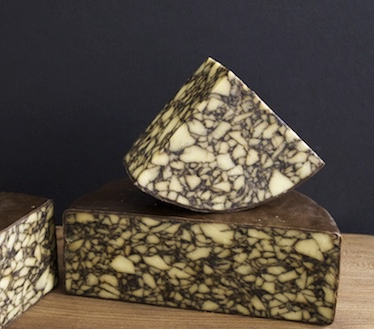 This was the first infused curd cheese I tried. Used a porter, a buddy of mine made. Love the mottling and the flavor. Going to make this one a game day staple!

I love this cheese and I have made it several times. Thanks Jim for all the wonderful recipes over the years!!

I made this cheese with a lager that we had in the fridge. Yes, I can hear you sigh in frustration, because it's the equivalent of water... I tasted the beer taste, but others didn't so much. Even though they complained of not really tasting the beer it disappeared very fast! I had fun making this cheese. I did not wax it but washed the rind with beer and a bit of salt. I will make this again, but will use a heavier beer like Guinness next time. I will do the washed rind again, as it worked very well. The cheese looked very good!

I'm a cheese monger and decided to try to make this as my second cheese ever. It has such a bold beer flavor and it's amazing! I used a local Porter (Port City Porter) and the flavor came through amazingly. All my co-workers and managers said it tasted great. I think I messed up the curd process since my texture was velvety instead of semi firm, but it feels seriously great.