Print Recipe
Pouligny St Pierre is an unpasteurized, natural-rind cheese made from goats milk. It has an elongated pyramid shape, with a soft, wrinkled, ivory-colored, natural rind. As the rind dries out in aging, the wrinkles deepen, and gray, white and blue moulds gather. The cheese takes its name from a local village. This stainless steel cheese curd scoop can be used to ladle cheese curds from the pot into a cheese mold or colander lined with butter muslin for draining. With nice deep sides, this... These Pyramid cheese molds are fun to work with and add wonderful caricature to finished cheese without any extra effort. Valencay is a well known cheese which is made using a...

Let's talk aobut the Pyramids of France, no not the one at the Louvre. We are talking about fantastic goat cheese pyramids.

The heart of France, below Paris and south of the Loire river, is known for its goat cheese and is our focus in this recipe.

The cheese is called Pouligny St Pierre and it's a goat cheese in the shape of a pyramid missing it's top. It's also a very historic cheese in it's region. The production remains very traditional even though it has called upon a bit of modern dairy science to assure the highest quality through production. 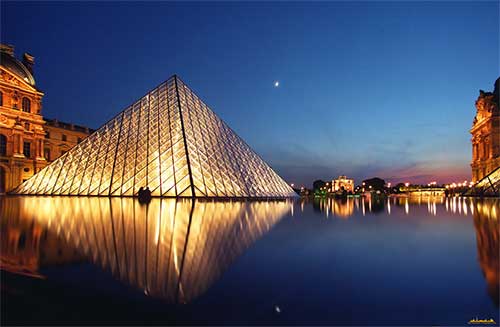 This is a cheese for those that have ironed out a few of the cheese making bumps. There is a lot of detail here, and I do suggest reading through it all to get a feel for what the cheese can be and how it develops. I would encourage even the startup cheese maker to continue reading because this is an exciting cheese, very traditional, very old, and one of the first AOC designations in France.

For those willing to take this one on, with a trial or so you may find that you are earning your 'Local Hero' award at your next social gathering or market presentation. 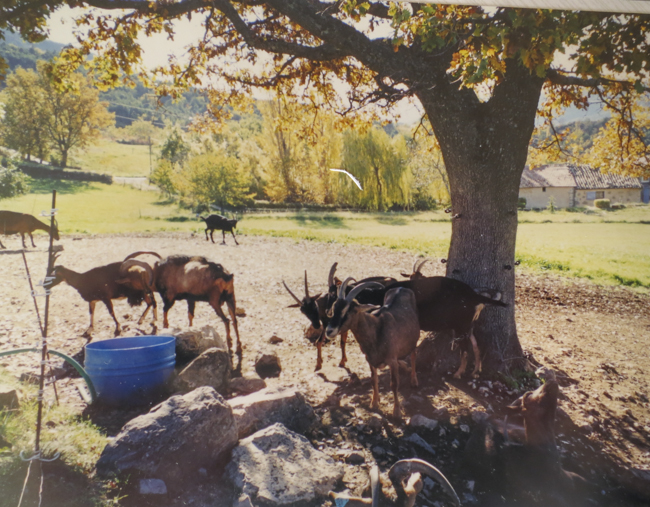 The Pouligny St Pierre is an unpasteurized, natural-rind cheese made from goats milk. It has an elongated pyramid shape, with a soft, wrinkled, ivory-colored, natural rind. As the rind dries out in aging, the wrinkles deepen, and gray, white and blue moulds gather. The cheese takes its name from a local village. The rind is soft and ivory-colored when the cheese is young. As it ages and dries, the rind becomes reddish-orange, providing a magnificent contrast to the firm, pure white, and slightly brittle interior.

The traditional French version has very thin rind. It does not have these same mold growth as brie/camembert but a light coat of Geotrichum with some spotting of Penicillium (traditionally P.album) and in later weeks it may develop random blue spotting. The rind should not be snow white and no paste transformation under the rind like Brie/Camembert. They should become dry, brittle and flaky. The final cheese becomes very dense in texture and flavor.

The Pouligny St Pierre is said to have started out looking more like real pyramids at one time but now they all seem to have a little bit missing off their tops.

The story of the missing top is that Napoleon saw to this minor redesign following his less than successful campaign in Egypt. Following a dinner with Tallyrand and the presentation of the cheese, it was said to be too much of a painful reminder of his Egypt failure, and out comes his sword and off goes their heads. I am sure a goodly amount of wine preceded the show though. The cheese remains this way today.

However, as much as I love a good story, the practical side of me says that no one was going to try to balance the cheese forms on that little point for draining in the first place.

I know I will probably get questions about the pyramid form but the best I can find is that folks say it represents the top of the church roof in the village of the same name. Others of a more practical nature say that it is just a good shape for draining well in the molds. So just pick one because I really do not know. 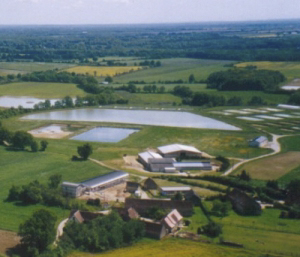 The Loire river marked the northern extent of the Saracen advance as they moved through Spain and into France during the 8th century, where they reached the southern banks of the Loire River. One of the great contributions from the Saracens was the introduction of their goats to the region and their methods of making cheese that came with them. Goats, rather than sheep, were the most sensible choice for these travelers because of the range of pasture they could adapt to and the ease with which they could be moved.

Most of the invaders were later repelled, but some remained with their goat herds, ultimately providing the foundation for their famous goat cheeses or chèvres, which means “goats” in French. This influence remains strong to this day.

Today, this region is one of the worlds great producers of goat cheese. Of the 48 AOC cheeses in France, 6 are goat cheese from this region, south of the Loire (the first 2 on the list are modified pyramids): 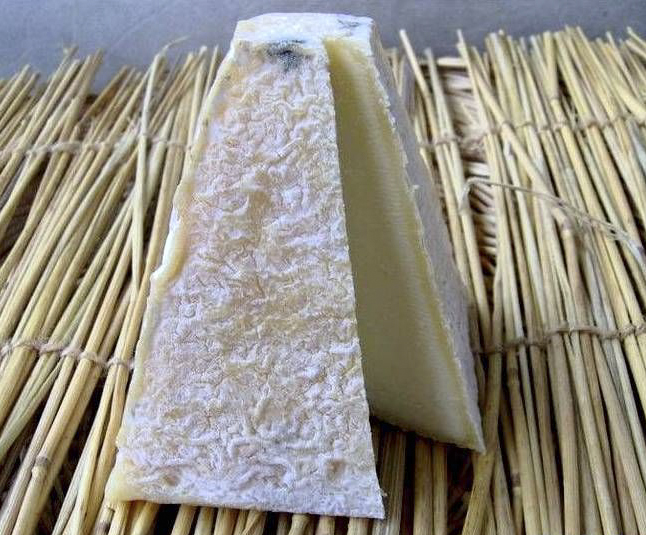 The final cheese can vary considerably in presentation. The biggest reasons for this are: 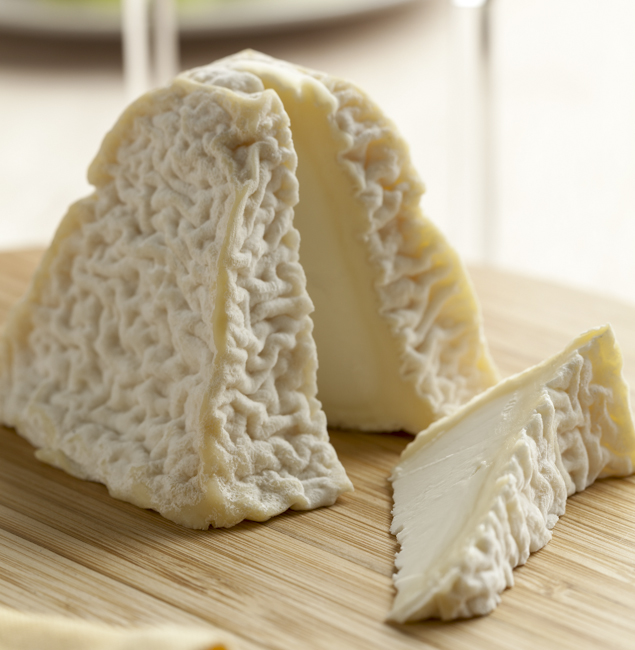 The photo above shows a very moist cheese with the wrinkles/ridges typical of geotrichum at high moisture. Note the amount of breakdown in the paste just inside the rind when cut. 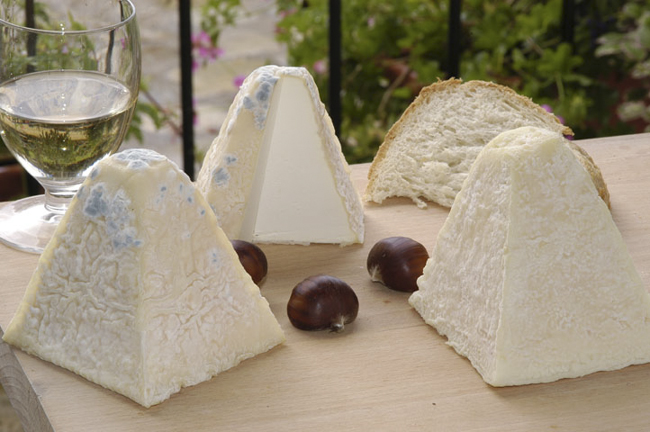 This photos shows cheese that's quite young and a bit drier than the ones in the first set of photos. Spots of blue are beginning to form on the ones to the left, perhaps they have a bit more moisture in their tops. Remember, they drain top down so the last residual moisture may have remained in the cheese. 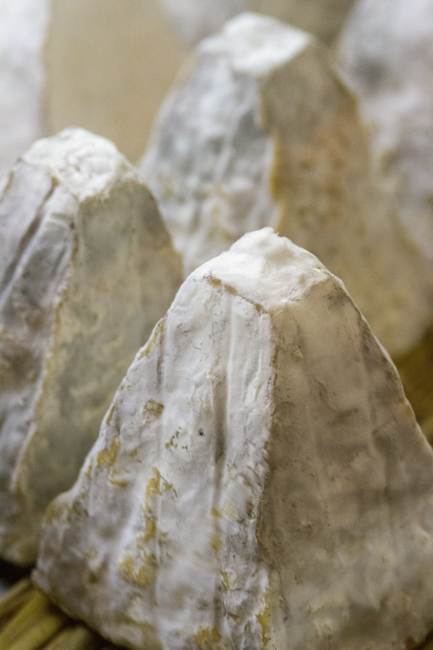 This photo shows the development of P.album, a blue grey. 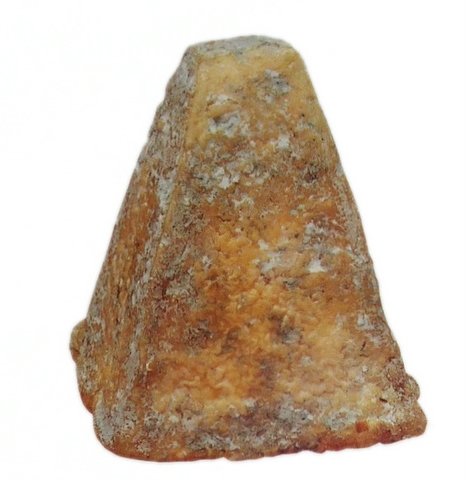 The cheese above is very mature and has dried down well. Without enough moisture on the surface, the molds now begin to die down