Feta cheese is a Greek specialty and its origin goes back a long way in history, it is considered to be one of the oldest cheeses in the world.

The earliest record of feta cheese dates back to the Byzantine Empire. It has been associated closely with Crete, located in present day Greece. An Italian traveler to the city of Candia makes express mention of the curing processes in brine cellars in his writings, dated 1494. 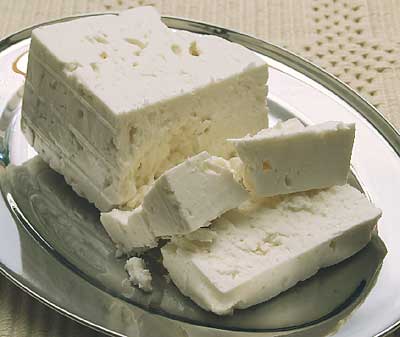 Traditionally Made with Sheep's Milk

Feta cheese in 2005 secured a protected designation of origin in the European Union, and is defined as having a minimum of 70% sheep's milk, with the rest being goat's milk. Greece had to fight a protracted legal battle to secure the same, as a variety of pasteurized cow's milk cheese was in circulation in Denmark under the same name.

Feta is an aged brine curd cheese, which is usually made from ewe's or goat's milk. Usually formed in square-shaped blocks, it is known to have a somewhat grainy consistency. However, in today's world there is an abundance of "Feta Style" cheese made with cow milk. Feta is usually white in color, with a tangy and salty flavor and a hardness that can range from soft to semi-hard. 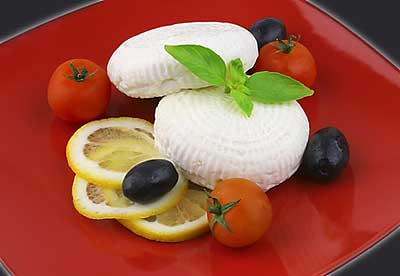