4.75 4 reviews
Print Recipe
This recipes focus is on making an Alpine style cheese, but not following all the rules. The result will be a full fat cheese in a smaller format than traditional Alpine style cheeses and yet has an elastic texture and still retains plenty of moisture. It will also be aged for a shorter period of time and therefore milk quality will play a bigger role and aging complexity less of a role. This cheese should be an easy one to make for those that have just started out and are looking to make their first cheese using a higher temperature (Thermophilic) culture. It will also be a great intro to developing a natural rind without any mold. For sure this is a very different guideline page that focuses more on the why behind the process and decisions made to customize your cheese making. A Guideline for Making Alpine Tomme

I have made the cheese in both 2 and 4 gallon batches. The pictures below will show a 4 gallon batch (because I feel that they ripen a bit better in the larger format) but a 2 gallon batch is what I have outlined below in text. The smaller batch size may be easier for a home cheese makers kitchen.

For the past 15-20 years, I have been making a lot of cheese for these pages that have been focused on 'In the Style of..' type guidelines. In reality though, many of the cheeses I make here for myself and friends have now become hybrids or mixed style cheeses.

In other words designer cheeses, designed for moi!

I take what I have learned from making many different cheeses and mix things up a bit. I change the temperature, acid development profiles, milks used, cook times, different press schedules and aging procedures.

It sure does not take much to make a very different cheese, but the changes need to be well thought out with an final plan for the cheese clearly in sight.

This recipe focuses on making an Alpine style cheese, without following all the rules. The result will be a full fat cheese in a smaller format than traditional Alpine style cheeses and yet has an elastic texture and still retains plenty of moisture. It will also be aged for a shorter period of time and therefore milk quality will play a bigger role and aging complexity less of a role.

This cheese should be an easy one to make for those that have just started out and are looking to make their first cheese using a higher temperature (Thermophilic) culture. It will also be a great intro to developing a natural rind without any mold.

For sure this is a very different guideline page that focuses more on the why behind the process and decisions made to customize your cheese making. 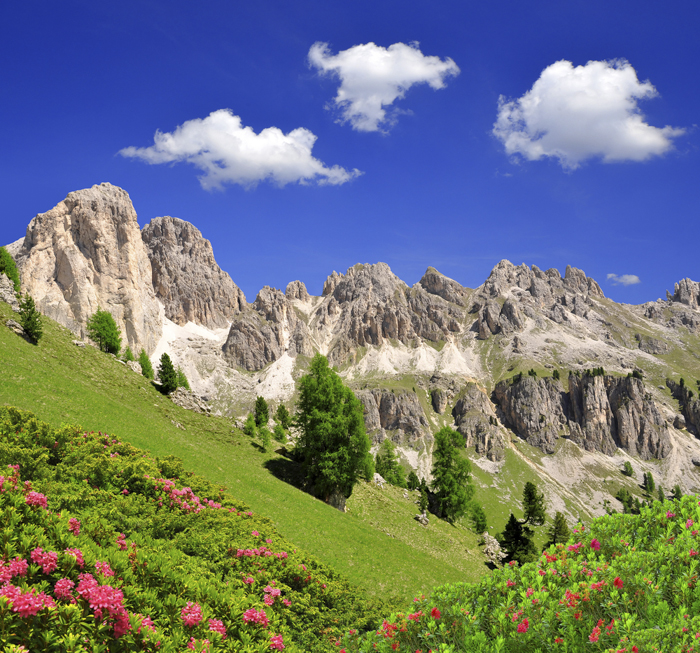 Alpine cheese encompasses a wide range of cheese normally produced on the high mountain pastures. They are typically made very large and cooked to high temperatures to dry the curd, and endure a long aging time before they are ready for the table. Traditionally, most of the aging was done on the mountain and a short term is still done there today before being brought down to more modern aging conditions. The typical cheeses are Emmenthaler, Comte, Gruyere, Beaufort, etc.

Because they were made and kept for long periods in very remote locations on the high mountain pastures, the intent was to make them large and with little moisture. All criteria were to make them tough enough to endure the rustic aging and rough trip down the mountains to market or even for further aging.

This months cheese breaks from the tradition here and I call it an 'Alpine Tomme' because its basic game plan comes from the mountains but then I mix in a few other changes. 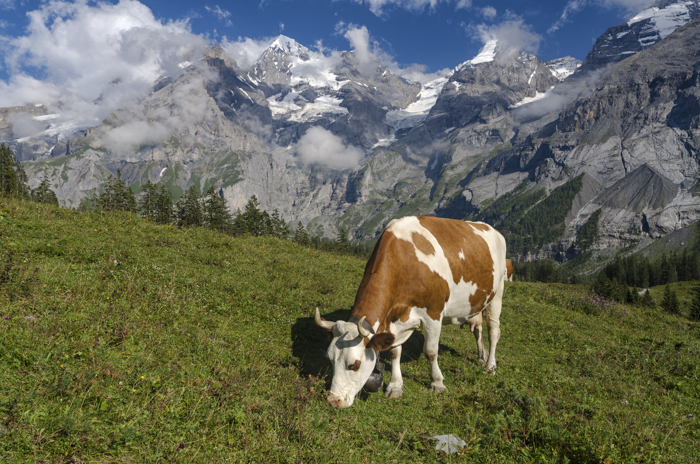 This will give you an idea of how I depart from standard cheese making guides to make some of my cheeses. Essentially what follows here is a mini course on what would be involved for making your own hybrids. The following is some rational on 'how and why' I make these decisions for my own customized cheeses.

My intent for this cheese is to take some of the basic principles for making the traditional Alpine style of cheese and make them smaller and moister for an earlier ripening cheese with a younger flavor.

I use the full fat milk even though many of the larger long aged cheeses used a lower fat milk due to issues with high fat causing problems in longer aging. Since I am not planning to age longer than 4-6 months, the higher fat is not a problem and the 4%+ fat milk I have gives that richer flavor I want for this cheese.

I will also slow the acid development by using less culture AND removing some of the whey before cooking the curd, replacing it with warm water. One of the defining qualities of most Alpine style cheese is a very elastic texture and so I intend to keep that quality as well. 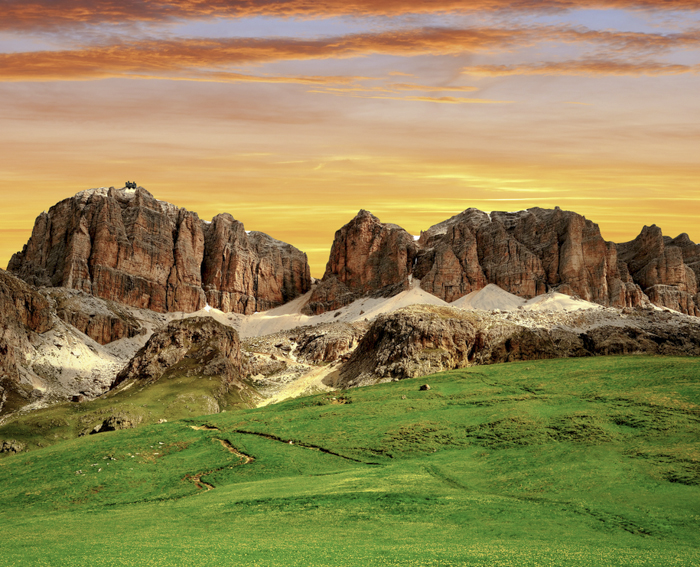 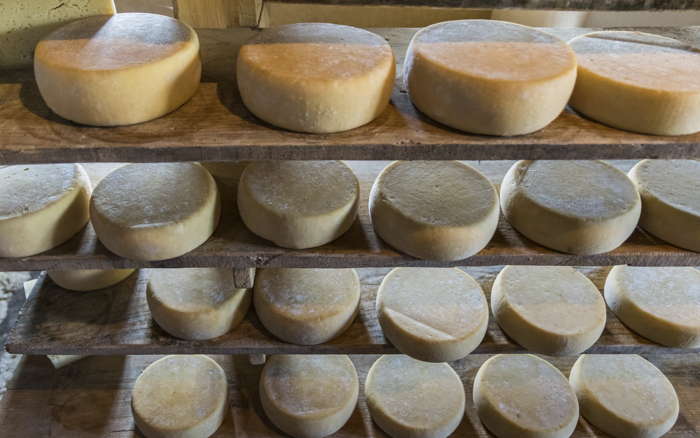 Stepping Away from the Books

Former president Charles de Gaulle of France once said "How can I be expected to rule a country with over 500 different cheeses?" or something to that effect.

It expresses the ease with which the French step outside the box and do their own thing, changing a process and borrowing concepts from other cheeses.

For this cheese I am stepping away from the books and tradition.

This is what we are seeing with both artisan cheese makers as well as larger commercial cheese makers around the world and it is drawing huge attention to their results.

FacebookTwitter
Be the first to review this item
Filter Reviews:
×
Clear filter
More Filters
B
05/16/2022
Brannan

I've made this twice and and both times it comes out very creamy and fantastic at about 3 months. I saved half of a 2 lb wheel and rewaxed it and waited for a full year and tried it again. It tasted like a non-stretchy provolone to me. Which was even more amazing than the first taste. I also cold smoked half of one of the batches and that also turned out amazing. This cheese is great and hard to mess up!

This was my first cheese using a thermophilic culture and trying a natural rind versus waxing. The cooking process was not too complex and it was also my first time washing the curds. I let this cheese age for about 3 1/2 months. I found the rind to be a bit soft and funky looking and had various things growing on it while aging. I believe I did not let it air dry enough prior to moving it to a high humidity storage box. However when I finally cut into it the cheese came out much better than expected. I have only made cheese with the same mesophilic culture and most of my cheeses tasted similar to a cheddar. This cheese did not have the tang of a cheddar but was very mild and slightly sweet tasting. So different to what I had made so far. My concerns of the stuff growing on the rind affecting the taste did not materialize. I am very pleased with how this cheese came out and I will make it again, even better with what I learned this go around. This is a very pleasant cheese to eat.

So this was my first try at an aged cheese (3 months) with a natural rind and I like it. I have two pictures one of the cheese first pressed and the other 3 months later after rubbing with olive oil and aging in my cave at 52 - 55 degrees 85 percent humidity plus. The olive oil does help with the removal of the mold that develops and the rind did dry a bit but the cheese tastes great. I made a two gallon batch and that probably contributed to the drying of the rind. Give it a try.