Here are the answers to many of your questions about cheese making cultures. 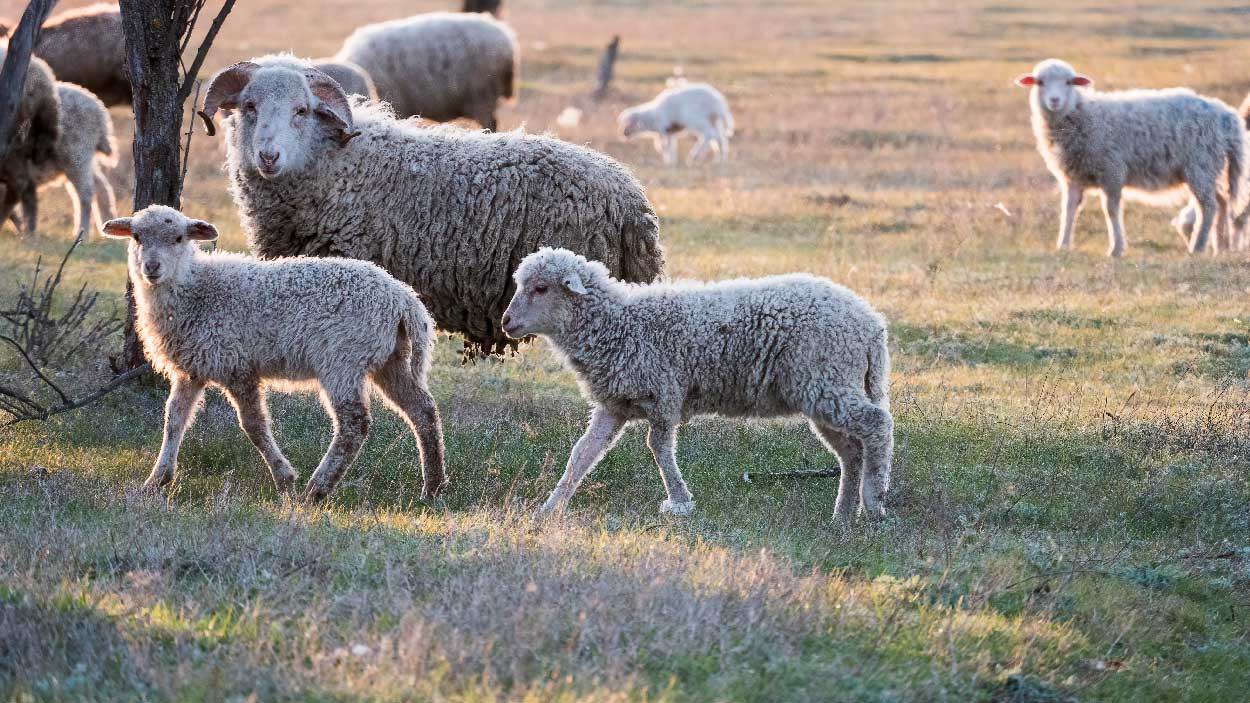 How was cheese made before modern day cultures?

Milk, in its raw state, contains a diverse population of yeast and bacteria that are more than eager to use the natural sugars (lactose) in milk and convert them to lactic acid.

Ever since we first domesticated and milked dairy animals, the quest to keep milk from spoiling began. When left out for just a few days milk begins to sour and changes into a beverage of clumps with unwelcoming smells and flavors.

Over time our ancient ancestors found the ‘spoiled’ milk was not always bad, sometimes the natural souring process created a palatable result where the liquid whey could be drained and the solid bits of curd could be consumed, or stored for a longer period. This longer storage time was possible because there was no more lactose to feed microbes. By no means was this comparable to modern cheese. But, it was a start to keeping the nutrients in milk consumable, and safe, for longer time.

Eventually our ancestors realized the better tasting whey, from a previous fermentation, could be kept and added to the next batch of milk and the results would also be good.

Over time, as they selected better batches of whey the bacteria became more selective, these were the forerunners of our dairy industry. Today these are known today as Lactic Acid Bacteria or ‘LAB’.

As generations passed, good bacteria continued to be separated from the bad and eventually the more prominent, good bacteria, began to imbed itself in dairy buildings, equipment and even on the animals themselves. At this point cheese makers were making farm specific mother cultures from the milk that worked best for them.

Over time the Shepards became more and more knowledgable of the milk that was made into cheese for longer storage. Still at this point Shepards had no idea what caused the fermentation so it was all observational in the early days. 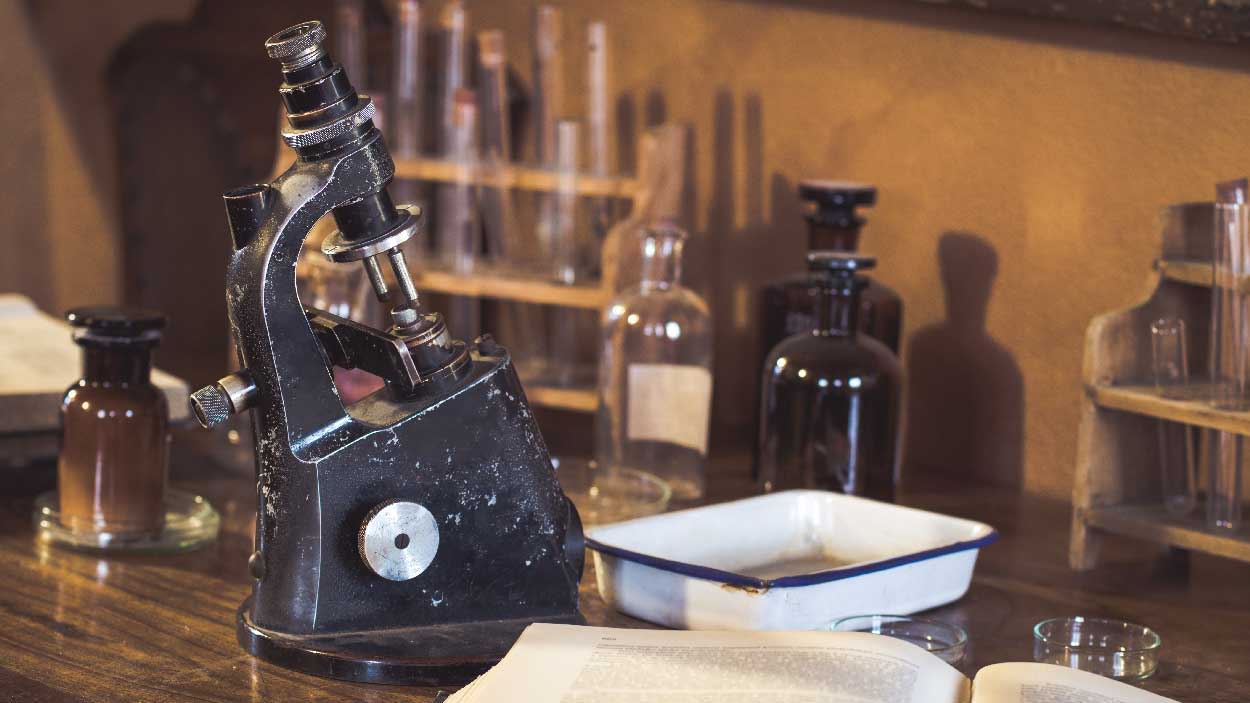 Eventually the microscope appeared and with it we were able to learn about the science of milk. Now we could see what was happening in the milk. Through the microscope there were unique shapes that seemed to do different things as they were isolated. Some would work better at different temperatures and others would produce different flavors or textures in the cheese. Some would work fast, others were slow. Some helped fresh cheese, others helped longer aged cheese.

Over the past century and a half we have gone from an elementary knowledge of these LAB cultures to knowing incredible things about the work they do both in the milk and as inside the cell walls of specific bacteria.

We now have the ability to isolate, not only the specific bacteria groups, but the many varying strains within each classification of bacteria.

For example, Cheddar usually includes the specific bacteria Lactococcus.cremoris and Lactococcus.lactis. These groups can both contain varied strains, so one cheddar culture can be quite different than the next.

Today it is possible for any cheese maker to order their specific cultures of choice, have it shipped, open the packet and add it to heated milk to begin the process of making cheese. Wow! 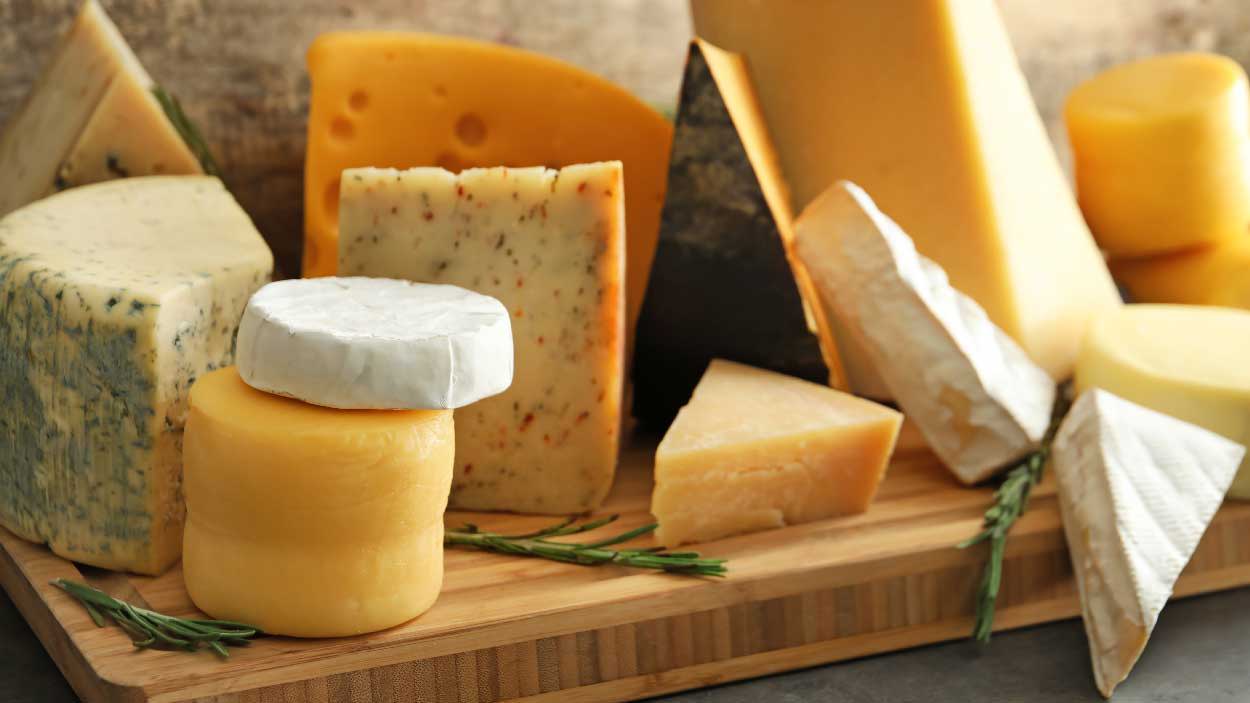 What are cheese making cultures and what do they do?

Cheese making cultures are good bacteria who’s job is to grow and work within the milk to consume lactose and convert it into lactic acid, hence the LAB (lactic acid bacteria) designation. This process is done through fermentation.

Starter cultures are very specific in their tasks and need to have a healthy population so they are more competitive than undesirable (or unhealthy) bacteria that could contaminate the milk, curds or cheese.

Varying strains of LAB starter cultures will determine the final results of a finished cheese.

Once the Lactose has been converted there is minimal food remaining for the bacteria to sustain their population. But, even as the bacteria begin to die off, their work is not done.

As the bacteria die their cell structure breaks down and very specific enzymes are released into the cheese. These enzymes can contribute many good things to the cheese including diacetyl which adds a butter-like flavor, or small amounts of CO2 which creates a more open cheese body. Overall the enzymes can contribute to the development of aromatics, flavors, and varying textures of the cheese while it ages.

Note: Without converting lactose, in the milk, to lactic acid the final cheese can, in the worst case, be unhealthy to eat. This is because left over lactose can provide food for bad microbes to populate. 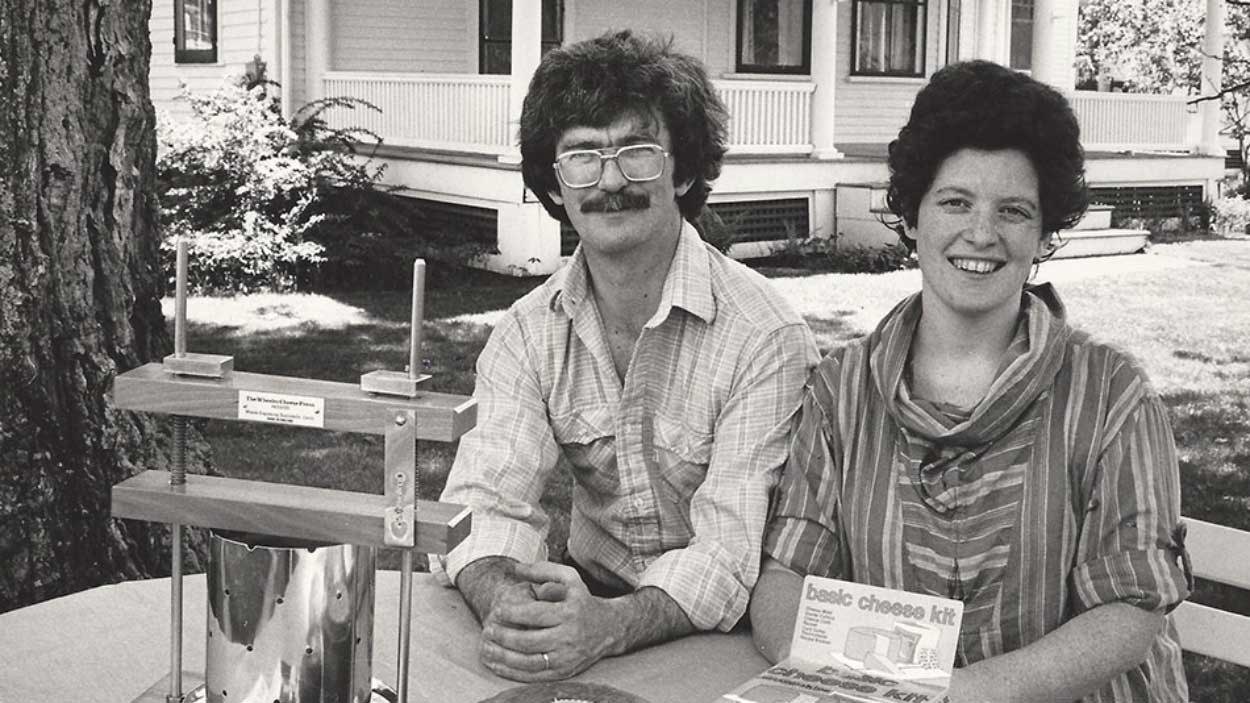 The evolution of cheese making cultures

Eventually special labs were able to isolate specific bacteria culture groups as single or mixed strain cultures. These cultures could then be frozen and sent to dairies for their daily production, but even still they required more work to prepare than today's cultures do.

During the 1960’s a process to produce freeze dried (Lyophilized) cultures was developed. The culture packs available today contain Lyophilized cultures, along with some nutrients specific to bacteria regeneration. This culture is a dry powder that can be easily stored and used for cheese making.

Originally, most culture was sold only in bulk quantities that specifically catered to large scale commercial cheese making. One of the reasons we began New England Cheesemaking Supply Company in 1978 was to help make the cheese making process accessible to both artisanal and home cheese makers around the world. We did this by having bulk commercial cultures packaged into smaller, more economical sizes. With our cultures a single packet for few gallons of milk was now easy available.

Today, through the evolution of isolating and reproducing good bacteria, when making cheese we now have the convince of simply measuring the desired amount of a chosen starter culture and adding it to a good quality milk. 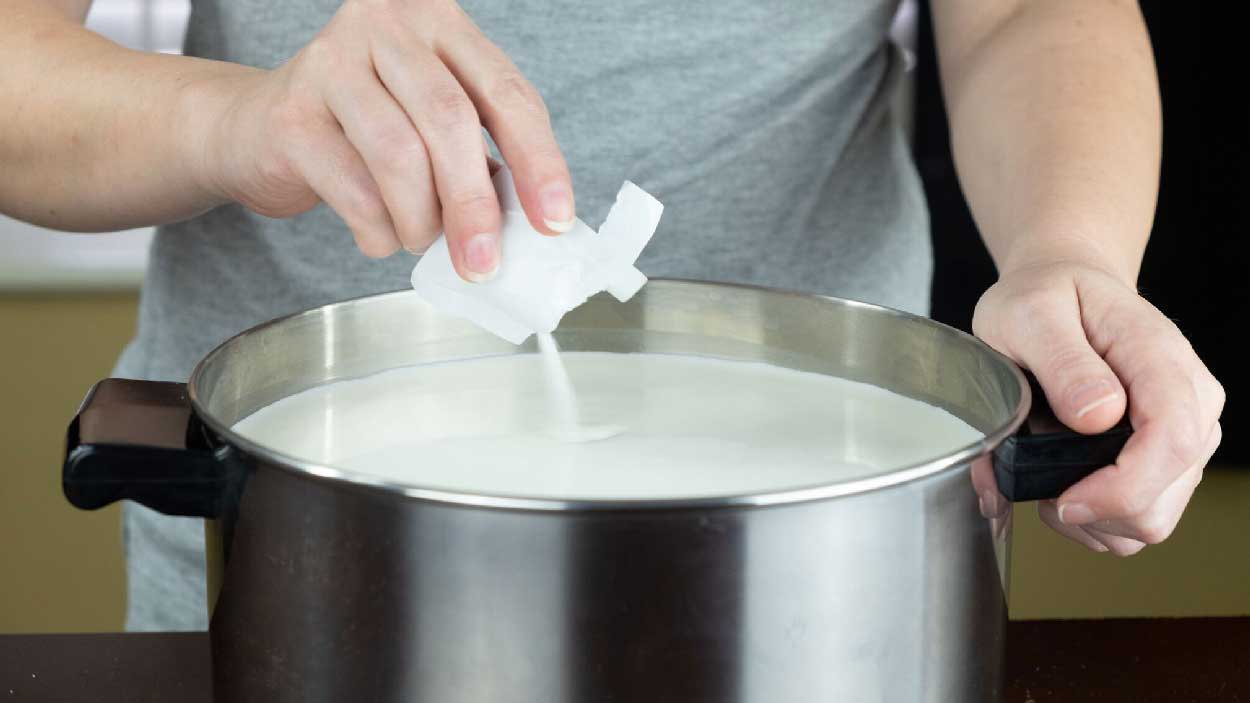 What are the best cultures for beginner cheese makers?

In general, cultures can be sorted into two major categories:

Within these two categories there are a variety of strains. For beginner cheese makers, choosing the right culture may feel intimidating with such an array of cultures to choose from.

Our small culture packets are a great place to begin your cheese making journey. Each small culture pack has a blend of pre-measured cultures that can simply be added to the milk when making cheese, with no cutter measuring needed.

A few favorites are Mesopilic and Thermophilic which can be used to make a variety of cheese, along with Chèvre, Fromage Blanc, Buttermilk and Sweet Yogurt which each make specific types of cheese or dairy products.

We also carry larger culture packs which are described in more detail below.

All of the cultures we carry are freeze dried (lyoliphized), once received these cultures should be stored in the freezer. 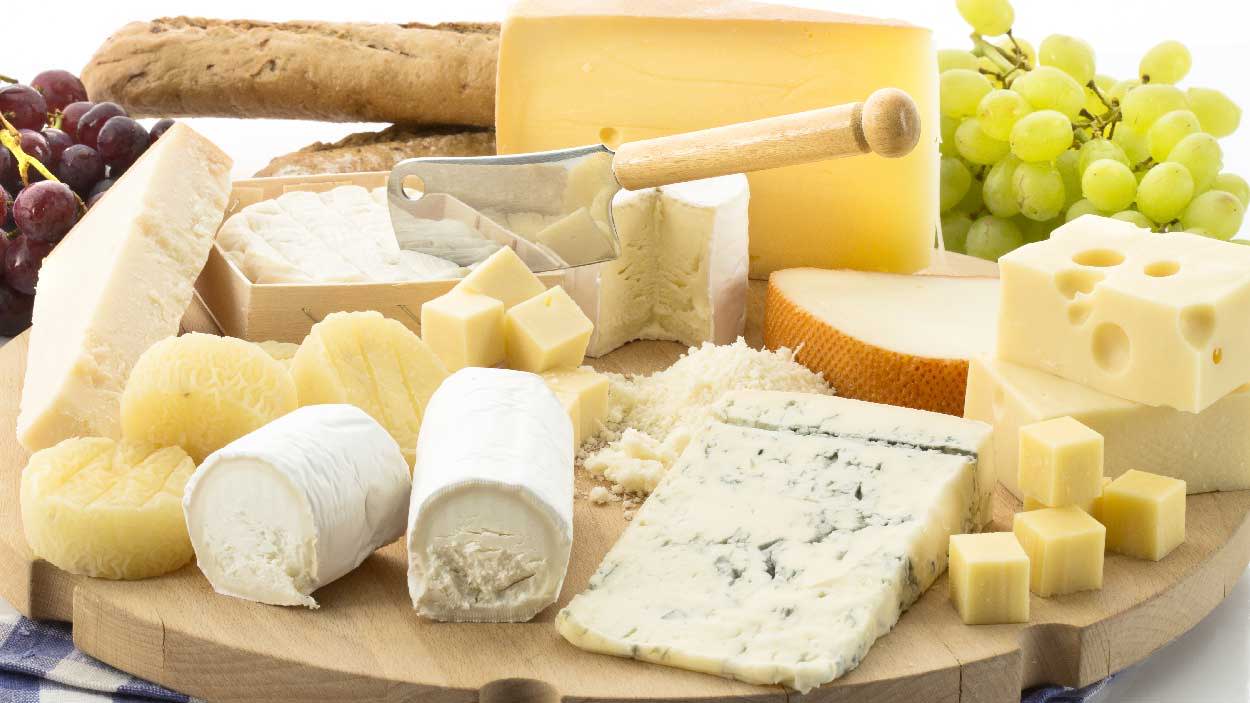 What is Mesophilic culture?

The bacteria in mesophilic culture works at a range of 62-102F and is happiest between 84-86F. At lower temperatures mesophilic can stop working and may not be able to outcompete non-dairy bacteria which may cause off flavors to develop. If the temperature moves to the higher end of this range, mesophilic will become less efficient at converting milk sugars, and at 102F or higher mesophilic will die off quickly.

The simpler of the two mesophilic culture groups only produces Lactic acid. This creates a tight and close knit cheese without any gas production and focuses solely on the flavor of the milk.  This culture primarily consists of two bacteria groups L.lactis and L.cremoris working together.  Within each of these bacteria groups (Lc.lactis and Lc.cremoris), there are a variety of strains that can work slightly differently. Each group can contain several strains, with different blend ratios, which means that two cultures listing the same bacteria groups may have slightly different working characteristics.

This group of culture is used when making Cheddar, Colby, Jack and more.

A more complex group of mesophilic culture that contains Lc.lactis and Lc.cremoris along with other cultures including as Diacetylactis and Leuconostoc types. Diacetylactis is associated with Diacetyl production which adds a slightly butter like flavor in the finished cheese. Leuconostoc will aid in the production of CO2 gas which contributes to a substantial number of small holes and more open texture in the final cheese.
This group of culture produces a more open and buttery texture in the final cheese and is used when making Brie, Camembert, Gouda, Blue, Havarti and more.

easy to use small culture pack 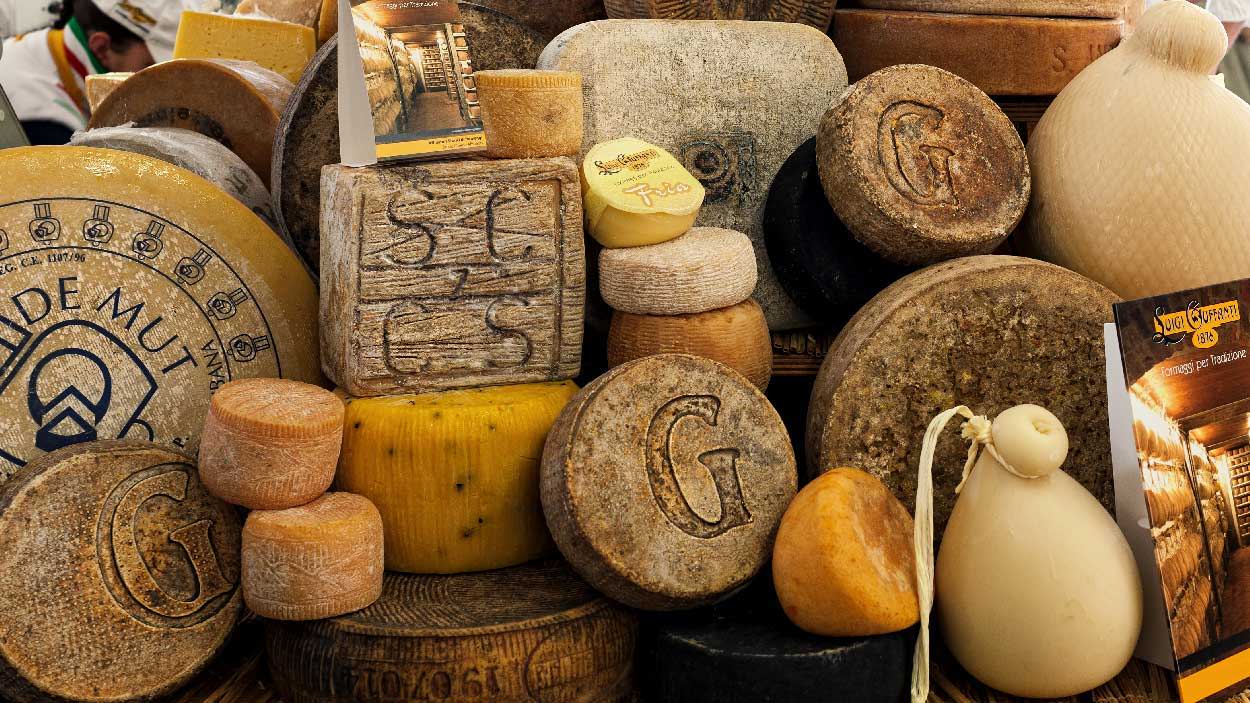 What is Thermophilic culture?

‘Thermo’ refers to higher temperature, thermophilic culture is used to make a variety of drier and longer aged cheese. The capabilities of thermophilic culture allows for more drying in the finished cheese but also for a very different dynamic in how the proteins are transformed and the cheese ages.

The bacteria in thermophilic culture works at a range of 104-112F, to some degree it will also work down into the mid 90s and up into the 120s. Fermentation temperatures can be critical, depending on the blend of cultures, and the cheese being made.

Some thermophilic cultures can also be used used to make a variety of soft cheese including Mozzarella and some of the Alpine Tomme style cheeses as well as in Yogurt making.

In some types of cheese, that traditionally use mesophilic culture like Cheddar, thermophilic culture also be added to the culture blend, not as much for acid development, but as an adjunct culture that begins working after the cheese is pressed and in the aging room.

some of the currently produced types of Alpine style cheese. Bulgaricus has come to replace the original helveticus (Emmental) in many types of mountain style cheese.

When combined with thermophilus culture, the blend works in a symbiotic manner, helping each other to reach the final acidity needed. Bulgaricus on its own will only reduce one part of the lactose sugar.

This is the ‘other’ culture combined with thermophilus in a true yogurt culture. Traditionally the blend was a 50:50 between the two. This would produce a tangy yogurt that was known throughout eastern Europe. As yogurt has moved westward and become more popular, less bulgaricus was used to help produce a sweeter flavor.

Lactobacillus. helveticus, the name actually refers to the Latin Helvitia used in Switzerland.  This culture is commonly found as a blend with thermophilus in the Emmental cheese of Switzerland as well as Parma, Grana, and other types of high temperature cooked cheese of northern Italy.

Cheese made with this culture tend to have the least amount of residual sugars and have a characteristic aroma and flavor.

thermophilus and bulgaricus for yogurt

thermophilus slower and lower temp for reblochon and tomme 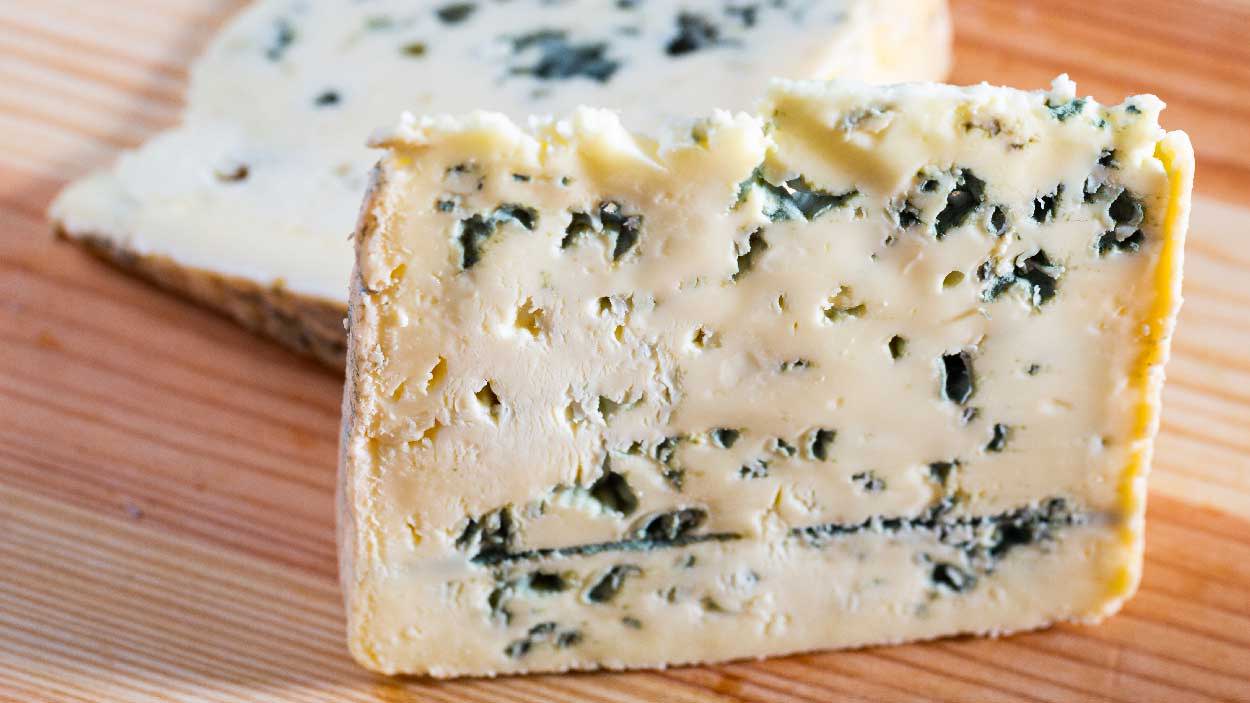 In addition to the above cultures we also have several very specific culture blends that are mixes of mesophilic and thermophilic working in tandem. We also have Adjunct cultures that work together with acid producers. We will go into more detail on these specialized cultures along with surface ripening cultures in a future article so please check back soon.

Hopefully this information was able to help you in selecting specific cultures for cheese making. If you have any further questions please send us a message to info@cheesemaking.com

How to Store and Age Cheese in Brine

Get the best results when storing and aging Feta, Mozzarella, or other Mediterranean style cheese...

Learn About Cultures for Cheese Making

Some of the top questions we receive about cheese making have to do with cheese...

When trying to find good milk for cheese making there are a few things to...