Jim goes to the big cheese festival in Bra, Italy whenever he can and it always inspires him. This year, he spent time studying the hanging cheeses from southern Italy.

(There's a great picture in Jim's recipe of his wife, Robin wondering what she's supposed to do with a gigantic Caciocavallo.)

Caciocavallo means "cheese on horseback" which describes the way two cheeses are tied with a rope and hung so that they straddle a bar or a branch. Most weigh in at 3 pounds, but many are much larger.

When you see them hanging in the windows of Italian markets it's easy to imagine how cool they will look hanging in your "cave!"

He REALLY wants to learn about cheese! 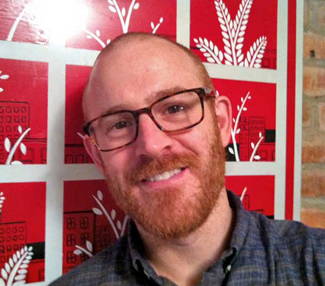 Although it looks to us like he knows a lot already...

Matt Spiegler is a web designer with a passion for cheese. He says he lives in "a cramped Brooklyn apartment near the banks of the bucolic Gowanus Canal..."

He contacted us about his wonderful new blog cheesenotes.tumblr.com where he describes his quest to learn more about cheese:

"If you are a cheese-maker, -monger or -mover who would be willing to exchange free labor (I have a good back, don’t mind heavy lifting or wielding a mop and will wake up at any time of day or night) in exchange for allowing me to take part in your cheese day, I would love to hear from you!"

Matt has already taken quite a few classes and he is making some righteous cheese (like the ash coated bloomy rind chevre below). So, if you're in the biz and you need some help, contact:  mattspieg@gmail.com 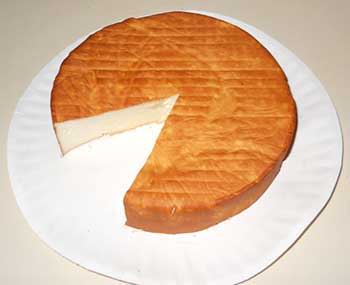 I have used several of Suzanne McMinn's ideas on making cheese. The best one was Caerphilly and I took it one step further. I smoked it for about 8 hours (photo at right). It was soooo good!

The Caerphilly was very stable (did not melt at low temp), no need to wrap in cheese cloth. Just placed on 1/4" plastic grid in smoker. Used hickory chips and turned over once during smoking. Also did not let age, right from press to smoker.

Thanks to both the Cheese Queen and Suzanne!
Joel A. Honse, Virginia 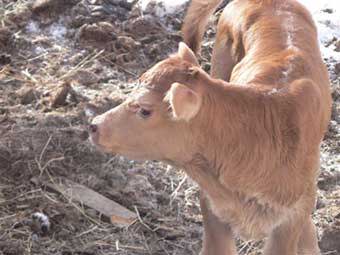 Dexters are the Perfect Size for This Family

About three years ago I decided that I wanted some cows! I had a barn, hay field and pasture that were all crying out for a cow. Having been raised on a farm for part of my life I realized that a large Holstein or similar cow would give me way more milk that I needed or wanted to have to deal with.

As I searched and thought about what to get, I came across the Dexter breed.   The more I saw, the more I realized that this was the perfect cow for me! I would be able to handle it's small size and I would not have so much milk that I would not know what to do with it all.

I am now getting about two gallons of milk a day. It's the perfect amount for what I want to do. The milk is very rich, similar to Jersey milk in butterfat content.

My 17 year old son and 11 year old daughter are both able to milk now! Last week I had a slumber party with 10 of my daughter's friends. When milking time came around I asked who would like to help with the milking. All 10 kids stampeded towards the door ready to help.

In the barn they formed a line and each had a turn milking Bridget. I wasn't sure how she would handle 10 inexperienced enthusiastic milkers attempting to milk but the little Dexter pulled through! She mildly looked around in surprise when one of the little girls literally interpreted my "pinch the teat" but did not lift a foot to kick! Milking was the highlight of the party! 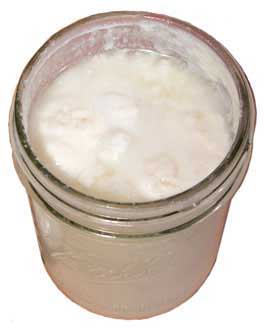 The Kefir Grains Response was Overwhelming!

It has been "Kefir Grain MANIA" around here and now we're growing them at the office! Thanks again to all of you.