Aw, it's so cute! Spring is a great time to make a Baby Swiss!

This is not just a smaller version of Mr. and Mrs. Swiss. It bears the family resemblance, but it has established it's own identity. So, it has smaller holes and a milder taste than it's parents. Baby Swiss has a sister named Lacy Swiss. (There is also a distant cousin with no holes called Blind Swiss.)

Jim wanted us to tell you that making this Swiss is not for first time cheese makers. Like many offspring, it's easy to make, but hard to raise. As it ages, it needs to be kept cool, then warm and then back to cool again. But, of course, it's worth the effort and Spring is in the air ... 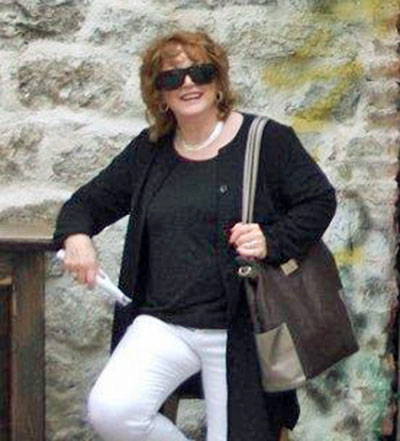 AKA Carlyton Cooper. Why does she have an "Also Known As" name? Well, it's because she's an actress, play write, cookbook author, knitter of Maggie's Originals and she will soon be the owner of a bed & breakfast off the coast of Seattle.

She's obviously multi-talented, but of all her hobbies and avocations, the one she prefers most is making cheese. To quote her e-mail to us, "I'm never happier than when I'm messing up my kitchen with a big bucket o' curd!" 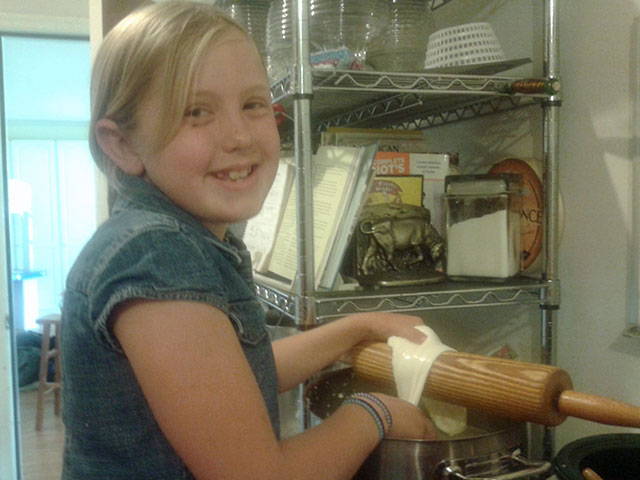 I thought you'd like to see Naomi, our family's mozzarella maker and her unique "whey" of stretching her mass of cheese. She can't wear huge rubber gloves so she pulls her cheese up with a wooden spoon, wraps the end around her rolling pin and rolls as the weight of the cheese pulls. Within 3 or 4 stretches she's got a nice glossy mozzarella. She's been making it since she was 6. 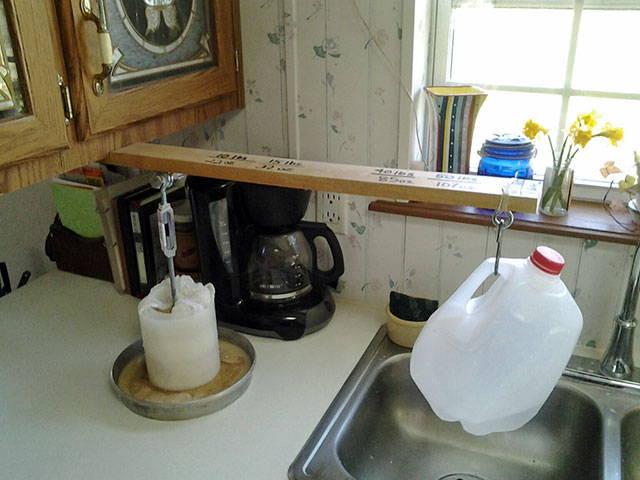 I have been making cheese since November, 2012, and wanted to share our innovative press design.

I can give you one tip I learned - I use a plexiglass disc cut to the size of my press cylinder to allow me to press two one pound blocks of cheddar out of the two pound recipe. I just put half in the press and then the disk, then the rest. 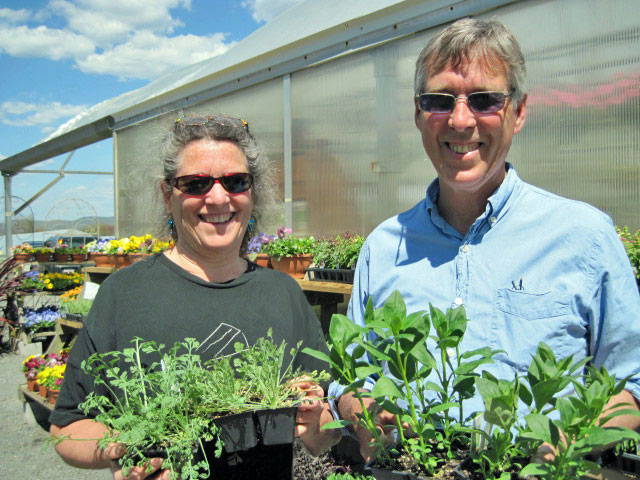 Royal Campaign to Beautify the World

This time of year, the Cheese Queen carefully scrutinizes the Royal Kingdom to make sure every square inch is beautiful, without exception. Inevitably and tragically, there are always a few tiny areas in need of improvement. At that point, without fail, our intrepid Queen proceeds, with or without her entourage, to travel near and far in search of the most spectacular plants she can find. These special plants are then transported back to the Royal Palace where they soon become part of the Royal collection for all to enjoy.

This month, she summoned one of our Royal staff members, Jeff Farrell for a high-powered consultation because he is known throughout the kingdom as a fabulous landscaper. Together, at a local nursery, they then made the decisions which will alter the course of history. The results will be revealed in exclusive photographs right here in the Moosletter later this summer. Stay tuned ...