Feta is an aged brine curd cheese, which is usually made from ewe's or goat's milk. It is commonly formed into square-shaped blocks, and it is known to have a somewhat grainy consistency. Feta is usually white in color, with a tangy and salty flavor and a hardness that can range from soft to semi-hard.

In today's world there is an abundance of "Feta Style" cheese made with cow milk. However, in 2005, Feta cheese secured a protected designation of origin* in the European Union, and is defined as having a minimum of 70% sheep's milk, with the rest being goat's milk. Greece had to fight a protracted legal battle to secure the sole rights, and it is now the only country in the world with the right to produce Feta.

* To receive PDO status, the entire product must be prepared, processed and produced within the specified region. Thus, it is has characteristics that are unique to that region.

Our recipe is made with whole fat cow's milk but ewe's or goat's milk may easily be used to obtain more traditional flavors.

Many thanks to Nancy Eason who sent us this note from Colorado:

I enjoyed your article on yogurt making and learned some new things there. The author is correct about the problem of not heating raw milk when making yogurt. The culture will not thicken properly without the heating step.

I have come up with a compromise method of making yogurt with my raw milk. I heat half of it until it is just scalding. Then I mix the hot milk with cold milk. That way half of the milk proteins have been denatured, but I haven't lost all the enzymes and benefits of the raw milk. The mixing cools the hot milk immediately so I can then add the starter and incubate it.

To be honest, I don't even check the temperature with a thermometer, although I think I will start doing that now after reading the article. Even so, my yogurt comes out beautifully most of the time, particularly when I remember to sterilize the incubating container by running boiling water into it.

Just wanted to pass this along for your raw milk customers. We sure do love our raw milk!

Note: We also received a question about the amount of probiotics in our Y5 yogurt and that is answered with a lot more information in our blog article, "Probiotics in Yogurt." 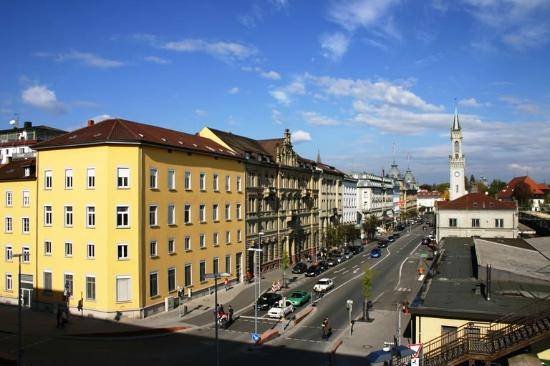 Looking for Contacts in Germany

I am a big fan and customer of yours.

I will be going to Europe in May, for some health treatments, and would like very much to continue my cheese learning and make contacts.

At the beginning, I will be in Konstanz, in southern Germany.

I would like to visit as many cheesemakers as I can: artisanal, big ones, EVERYBODY in the cheese business. Please help if you can! I really appreciate it!

As many of you know, I love to sing and I have hosted several singing workshops at my home in Ashfield, MA. I have also traveled to many countries to attend singing camps sponsored by Village Harmony Singers. From these trips, I have learned how important singing is in many cultures. There are songs to accompany almost all activities in daily life.

A few months ago, I received an e-mail from one of our customers, and it got me thinking about songs to sing while making cheese. Does anyone have one?

More about singing and upcoming workshops at our blog

See pictures at "Our Moving Project" on our blog

Jamie remaining calm while getting the bad news from the phone company.

It has been a hectic month for us, moving our business from Ricki's house to a larger space in a town 13 miles east of Ashfield.

We did have one challenge- we thought we were going to be able to forward calls from our old number, but it turned out we can't.

So, we have a message on our answering machine directing you to our new number: