Saint-Marcellin has a rich interior that develops pronounced aromas with a supple and melting texture. Traditionally made with goat milk, now it's primarily made with cow milk.

This cheese is lactic in nature, meaning the milk separation takes place slowly over a longer period (24 hours), with little to no help from the rennet.

If you've made a few cheeses at home, this recipe is a great way to venture into the realm of surface-ripened cheese. It's perfect for both the experienced beginner and the intermediate cheese maker.

Should I toss it out or is it saveable?

(Q)When I was making a two gallon batch of Gruyere, I added a tablespoon of Propionic Shermanii instead of a teaspoon. Should I toss it out or is it saveable?

(A)This will probably not be a problem because the Shermanii is an adjunct culture - not an acid producer. The extra will just sit there when it exhausts itself. It's worth aging to see where it goes.

My cheese never got greasy, what went wrong?

(Q) I made Taleggio using your recipe, but my cheese never got greasy and, at this point (about 2 weeks later), there is really no evidence of b. linens growth, even with washing. Any ideas on what went wrong?

(A) This usually means that the cheese did not retain enough moisture. The moisture in the cheese body is critical for a good washed rind. Cutting too small, stirring too much, or developing too much acid will cause low moisture.

Should this all happen so fast?

(Q) My Camembert are covered in perfect white mold in 5 days. The first appearance was at the 2nd day. I have a cooler holding at 54F and 95%+ humidity. Should this all happen so fast?

(A) This does sound rather fast and may be due to residual moisture in the cheese. Full coverage usually takes 10 days to 2 weeks. Rapid growth usually makes for a sharply defined area between the paste transformations. It's better to have a more gradual transition from surface to center.

What did I do wrong?

(Q) I tried making 30 minute mozzarella today for the first time. It seemed to go well, but, at the end I was not able to get the cheese to stretch. I even re-heated an extra time in the microwave. I also did not get it to knead to a shiny ball. It tastes good but looks almost like curds. What did I do wrong?

(A) This can be the result of a curd that has dried out excessively in the early stages. A good level of moisture is required for that nice smooth stretch. Next time, try cutting the curds a little larger and do not stir them as long. 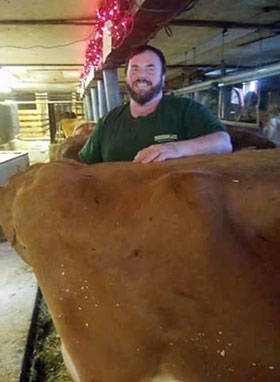 John Miller is a 10th generation New England farmer. He has been making cheese since 2000. He makes both cow milk and goat milk cheese from his prize winning Jerseys and Nubians.

He has won many awards for his cheese, including a blue ribbon for his Garlic & Herb Chevre at the American Cheese Society Competition.

Five years ago he moved to southern Maine where he established Winterplace Farm on 74 acres of flat, river bottom land. His work days are long, but he's "livin' the dream." 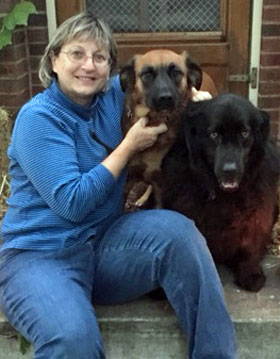 Thanks for all the info. I have an additional use for whey ... rye bread.

One of the items I have purchased is a "rye bread improver." This has dried whey as an ingredient. It is supposed to keep the bread from cracking. (I have also used honey, as it hygroscopic.)

So, the next time I made rye bread (sour dough), I used whey from my cheese making. Voila, no cracking rye bread.

I suspect my European ancestors used the whey in bread making, and as recipes were handed down, water or a mix of water and milk was substituted.