If you've never met a little Crottin de Chavignol in person, it's hard to picture how small it really is. A fully mature cheese weighs in at a very tiny 1.5 ounces!

The home of this delectable cheese is the Loire Valley of France which has historically been called "The Land of the Kings."

We, here at New England Cheese Making Supply Company, live in the "Land of the Cheese Queen," so we feel that we have a reciprocal agreement with the town of Chavignol to share in the glory of this cheese!

It really is a glorious cheese because it changes dramatically as it matures. After 3 weeks, it's a light color with a rippled rind and a mild flavor. But, after 4 months, it starts shriveling up and getting darker until it looks inedible. At that point, it's "the real deal."

Of course, you'll have to make it to know what age you love it ... 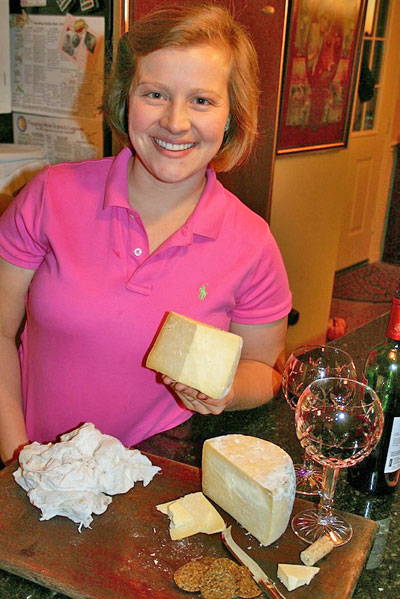 Rashel is removing the bandages from a cloth-bound Cheddar.

Rashel and her husband, Andrew moved from Dallas to the small town of Palestine a few years ago to pursue a healthier lifestyle. Now they have a two year old daughter, Isabella, and Rashel is a master home cheese maker.

They have a mini-Jersey named Faith who provides them with more or less 2 gallons of milk per day. Rashel waits until she has 4 gallons, then makes a batch of cheese.

She has made so many different kinds, we can't list them all here. But, if you go to our blog article, you will see numerous amazing pictures of her fabulous cheeses.

At right, Rashel is removing the bandages from a cloth-bound Cheddar. 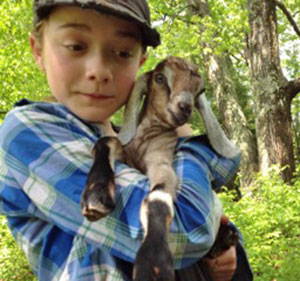 You may remember Booker (age 11) from our "In the Spotlight" column a couple of months ago. We posted a blog article with more info about him and the very first comment was negative - questioning whether Booker had really made his own press.

There were many comments after that and they were all positive, but Ricki decided to send Booker one of our deluxe presses as a surprise holiday present. Judging from the pictures below, he really appreciated it:

Thank you so much again! 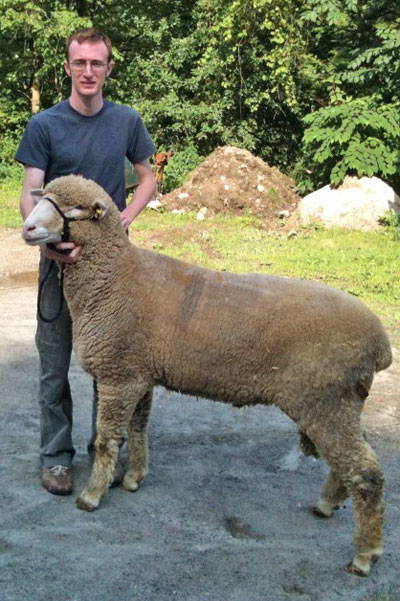 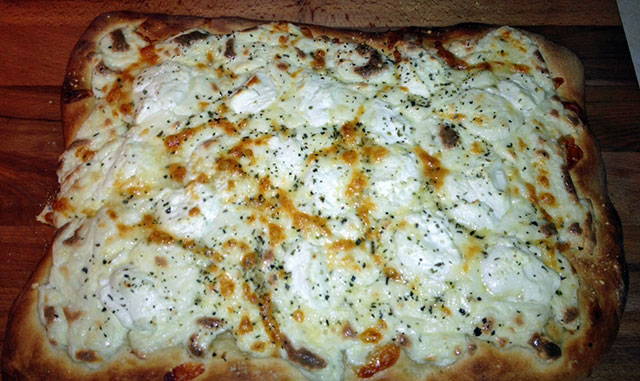 My cheese making has reached a fever pitch with a new creation almost every day. Because of this I'm up to my ears in whey and lets be honest...there is only so much ricotta one can use.

I recently noticed Cabot Creamery's "Whey Cream Butter" and was intrigued. Is this another possible use for all my whey? Do you have any idea how this is made or perhaps have a recipe?

"A recipe for butter is on the website already. Whey cream is treated the same way as fresh cream except that it makes better butter because of the ripening." 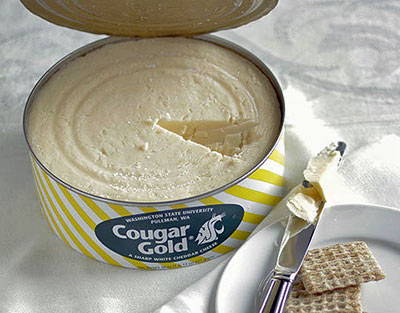 Disclaimer: Not All Canned Cheeses Are Alike

In the December Moosletter, we used a couple of pictures of canned cheese to illustrate a letter we received from a customer in Japan. His experience with a canned Camembert was somewhat disappointing.

One of the brands we showed, Cougar Gold, is actually made at Washington State University and to at least one of our customers, it's "pretty darned good.")

. . . I hope that you are not taking issue with the quality of the Cougar cheeses!

I worked at the creamery after graduate school and before I started teaching. It's actually pretty darned good and can be aged with refrigeration indefinitely. We sampled some years old cheeses while I worked there which were great! 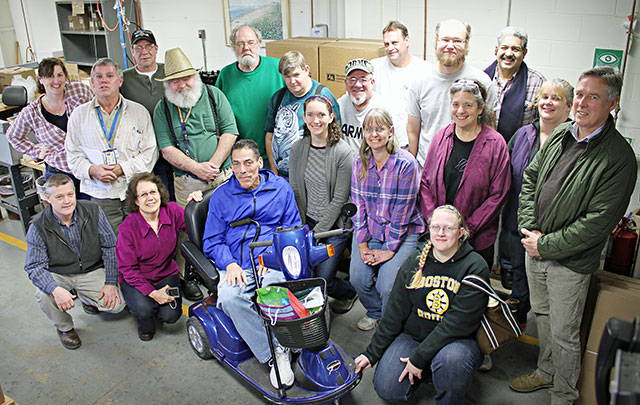 Visiting Our Staff at the V.A.

Several years ago, Ricki heard about a program at the Veterans Administration Health Center in Leeds, Massachusetts where veterans could work for local businesses, doing light assembly, labeling, etc.

Participating businesses have a contract with the V.A. wherein all the work is completed at the health center by veterans and the finished product is delivered to the businesses.

As you know, we have quite a few kits to be assembled and products to be labeled. So, we partnered with the veterans and they became our other "division."

We visited them in December to deliver gift bags of sweets and a few healthier goodies. It was a fun field trip for us and we think it was fun for them (particularly when Kathy danced down the aisle singing Jingle Bells!).

If you have a business located anywhere near a V.A. Health Center, you might want to check to see if they have a Compensated Work Therapy Workshop. It's been a great relationship for us. 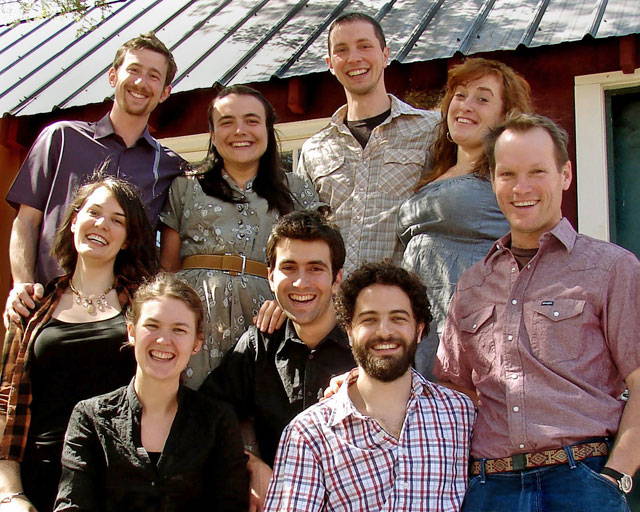 The day has finally come! We have merged the teaching of cheese making with the teaching of singing and we firmly believe that the Cheese Queen's Kingdom will be all the better for it.

Everybody knows that Ricki and Jamie had both been singing with their local Village Harmony groups when they met at a concert his chorus was giving (7 years ago).

Since that time, they have been hosting weekend singing workshops at the royal palace in Ashfield, Massachusetts. And now, you can register for any of these workshops right on our website.

For example, you can order a couple of packs of culture, a bottle of rennet and a weekend with the Starry Mountain Singers (shown below) on April 6-7th. How cool is that?!